Rabat - May 12, 2015 is the date fixed by the Casablanca Commercial Court for the auction of 85 per cent of Ynna Holding's Asswak Assalam Group. 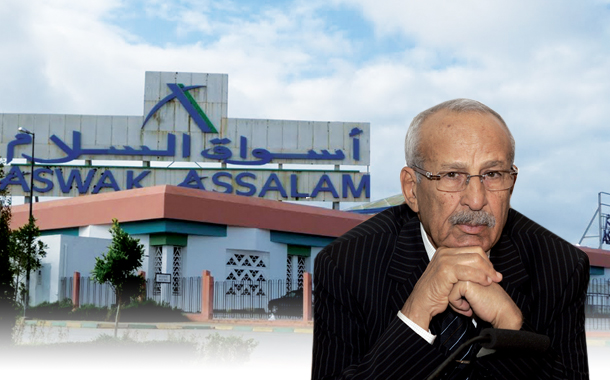 Rabat – May 12, 2015 is the date fixed by the Casablanca Commercial Court for the auction of 85 per cent of Ynna Holding’s Asswak Assalam Group.

The judicial sale of nearly 3.5 million shares (out of 4.09 million) owned by Miloud Chaabi’s Ynna Holding in the retail group Asswak Asalam is set for May 12th at 13:00 at the headquarters of the Commercial Court of Casablanca.

According to the same source, the decision was taken on Friday, April 10th. The starting price is set at MAD 63 per share.

FIVE FCB, a French group specializing in cement, obtained a verdict from the Casablanca Commercial Court to auction 99 per cent of Ynna Holding shares in Asswak Assalam group.

The French group accused Ynna Asment, a subsidiary of Ynna Holding specializing in cement, of breaching a contract between them. An international arbitrator based in Geneva was approached to resolve the dispute. The Holding and its subsidiary were ordered to pay 292 million Dirhams in fines for the French company.

When Ynna Holding seemed reluctant to pay for their subsidiary, law firm Bassamat & Associates approached the court on behalf of its client FIVE FCB.

The court ruled for the auctioning of 65% of the shares held by Ynna Holding in chemical manufacturer SNEP to resolve the long dispute between the Miloud Chaabi group and CPC, Morocco’s subsidiary of France’s FIVE FCB. The sale was scheduled for February 25th.

However, the sale was postponed at the last minute by a court decision. It was announced later that the SNEP share will resume trading in the Casablanca stock exchange.

In response, the defense of the French group obtained a new verdict from the Casablanca Commercial Court to auction the majority of Ynna Holding’s shares in the retail group Aswak Assalam.