Rabat - Morocco is one of the most religious countries in the world, according to a new study. 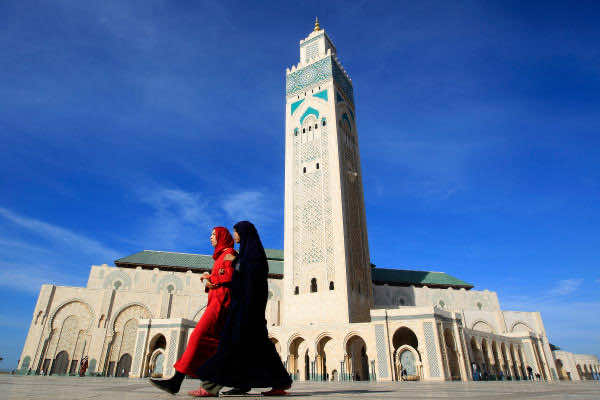 Rabat – Morocco is one of the most religious countries in the world, according to a new study.

A new study by leading pollster Win/Gallup International surveyed a sample of more than 63,000 people from 65 countries about religion. The study has ranked Morocco among the most religious countries in the world with 93 per cent of Moroccans identify themselves as religious compared to only 4 per cent who said they were not religious. An even smaller percentage of Moroccans said they are convinced atheists – 1 per cent.

To produce these results, the Win/Gallup survey used polling techniques such as face-to-face, on the phone or online conversations with respondents. According to the study, the most religious country in the world is Thailand, where 94 per cent belong to a religion, while just 1 per cent of the Thai people identify themselves as atheists.

Many countries across Africa and the Middle East were not included in this study. Countries like Saudi Arabia, where the majority of people are usually expected to identify themselves as religious, were not surveyed.

The study has also found that China is by far the country that harbors the largest number of people who identify themselves as atheists. The country with a population exceeding a billion has twice as many atheists as believers. It is followed by Japan as the second least religious country in the world. Western Europe and Oceania are significantly less religious in comparison to Africa, the Americas, Asia and Eastern Europe.

“[W]e see that the total number of people who consider themselves to be religious is actually relatively high, Leger said, according to the Telegraph.

“Furthermore, with the trend of an increasingly religious youth globally, we can assume that the number of people who consider themselves religious will only continue to increase.”

Also among the findings is that older people are less religious than younger people. The study has found that people in their early twenties are most likely to embrace a religion, while people aged between the age of 44-54 are the least likely to do the same.

Housewives are most likely to be religious, followed by retirees and then students. Wealthier people with more education tend to be less religious, the study says.

Four out of five people without education identify as religious, while the number stands at only 3 out of five of those who received higher education.