Chicago – The language used in our educational system plays a key role in our identity and culture. Recent developments in Moroccan parliament have brought the question of Morocco’s language of education to the forefront. With the adoption of the new framework law which institutes the use of foreign languages to teach technical and scientific subjects, academics and politicians are asking themselves in French is the right  choice.

As long ago as 2015 the question was already on the table. A report was submitted to King Mohammed VI 4 years ago, and the findings are just as relevant today as when they were first uncovered.

The first data revealed from the Supreme Educational Council’s (SEC) report, which was first submitted to King Mohammed VI in 2015s, showed a sudden shift from the Permanent Committee on Curriculum, Programs, Trainings and Teaching Tools’s recommendations. The committee was in charge of coordinating and reporting on the language of instruction at all levels.

The bulk of the initial recommendations called for the need to adopt English as the first foreign language instead of French. However, leaked information showed a somewhat sinister development., The “Francophone Lobby in Morocco,” who had loyalists in the team editing the final report ignored the vital recommendation concerning the use of English. The true findings were extremely important for the future of Morocco and the emerging generations, scientifically, economically, and politically.

According to the results of a poll conducted by the electronic newspaper Hespress, 85.98% of 41,526 the respondents said that English should replace French in Morocco.

These figures showed a positive future for the English language in Morocco. Meanwhile, the then prime minister Mr. Abdelillah Benkirane, as well as Mr. Lahcen Daoudi, who was serving as Minister of Higher Education in 2015, also expressed their support for a potential change of tack towards the English language.

Business leaders also expressed their opinions on the language question. Mr. Abdeslam Ahizoune, Chairman and CEO of Maroc Telecom, speaking during the presentation of the company’s 2014 annual report last February, emphasized the importance of the English language. The businessman “called on those present to focus on the English language.” He also stressed that “[he] urges [his] children to learn it.”

These findings and opinions also  discussion about the future of Morocco. This is a crucial topic that will impact the Moroccan culture, identity as well as Morocco’ strategic positioning politically, economically, and scientifically. If we pass this historical test, we can declare that our generation has achieved its promised revolution in completing Morocco’s independence.  We could free our nation from the French linguistic protectorate and cultural trusteeship imposed on Morocco by its historic colonial power. Now the question: Why English?

English will give Morocco a strategically prestigious position on the global scene. Politically, we see that the balance of global powers is orbiting around English speaking countries.

The UN Security Council, for example, (America, U.K) and even those emerging international powers with whom Morocco is strategically trying to align (China, Russia), adopt English as their second language. None of these emerging or established powers and have nothing to do with “the language of Molière.” Additionally, most politically and economically vital international institutions are located either in Washington D.C. or New York (the United Nations, the World Bank, the International Monetary Fund).

Adopting English in Morocco would enable emerging Moroccan leaders to broadly understand the anglophone cultures which holds significant sway over the international political scene. This would obviously translate into a better delivery of Morocco’s  messages on key issues in a more accurate, effective, and sophisticated manner.

Thanks to the enormous human resources and capacity of Moroccans to learn languages quickly, Morocco will be able to quickly attract multinational corporations wishing to invest abroad. Many such companies prefer English-speaking destinations for easy communication and a broader understanding of Anglophone culture. From this perspective, we can see that some neighboring countries (such as Turkey and Egypt) attract more investors than Morocco. Very often, English is the last persuasion card if the investment perks and incentives are comparable between a French-speaking country and a country where English is used as a second language.

Additionally, the gradual shift towards English would inevitably lead to a gradual adoption of a “love-of-work culture.” This comes from the American culture which values work and productivity. Unlike Francophone culture which has become synonymous with “Joie-de-vivre.” This cliche is becoming a threat to Francophone countries in general. In addition, English would open new horizons for Moroccan investors and businessmen to have a bigger impact on global markets.

Because it is the language of innovation and world sciences, the bulk of valuable research across disciplines is published in English. Scientific reports usually wouldn’t get translated into French and other languages for years, unless entities such as the EU or countries such as France or Canada undertake their translation. Otherwise they never find their ways to Moroccan universities due to the lack of linguistic access that Moroccan students and Moroccan university professors have when it comes to English. This delay in access to information disrupts the development of scientific research in Morocco, inhibits innovation, and keeps Morocco under the “linguistic” French Protectorate.

Adopting English as a Second Language, would enable Moroccan universities to establish genuine and meaningful partnerships with their global counterparts, whether in America, the UK or in one of the many countries which use English as the language of education. This would empower our students and offer them the opportunity to experience first-hand in major international universities, be part of study expeditions, and take full advantage of what global academia has to offer.

It would also elevate us from the quagmire of the linguistic trusteeship imposed on Morocco by France since the beginning of the twentieth century. It would pave the way to a linguistic independence and an openness to embrace global opportunities.

Despite the fact that those in charge are well-aware of the importance of the English language for the future of Morocco as a tool to access global markets smoothly, the Francophone Lobby controls key vital councils.  Anti-progress agendas like the aforementioned SEC debacle among other retrograde campaigns, are still hampering the process of reform in Morocco by insisting that Morocco does not achieve its complete independence – Linguistic that is – by freely choosing a sound guarantee for the future of our upcoming Moroccan generation. 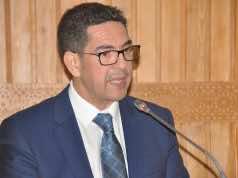 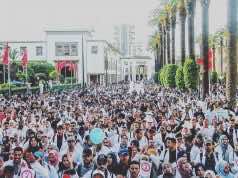 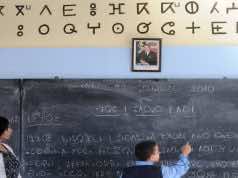 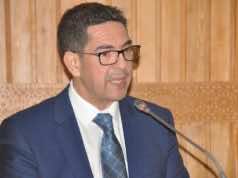 Amzazi: Contractual Teachers Knew They Could Not Join Public Service