Rabat - Mohammed Larbi Samadi has become an overnight sensation in Morocco after media reports suggested that he was able to heal the sick and perform miracles. 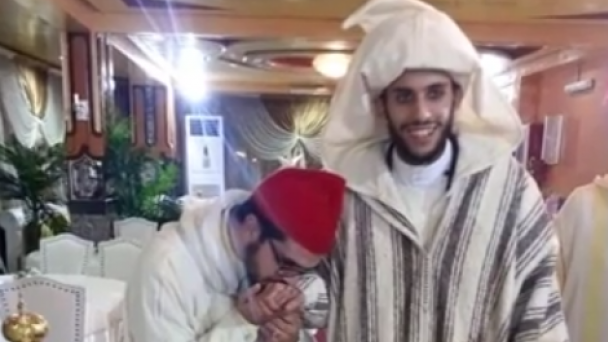 Rabat – Mohammed Larbi Samadi has become an overnight sensation in Morocco after media reports suggested that he was able to heal the sick and perform miracles.

The 25-year-old, identified as Sheikh Mohammed Larbi Samadi from the Zaouia Samadia Mchichia (an Islamic religious school or monastery), was attributed supernatural qualities such as the ability to perform time and space binding, flying and other mind-boggling miracles.

Hundreds of ‘pilgrims’ from all over the country are also believed to have visited him in his house located in the northern city of Tangiers to seek his blessings and to heal their wounded souls. He introduces himself as a descendant of the prophet and a spiritual healer. Others, however, call him a charlatan and an imposter.

In a video interview with a local news website, the young man- who was described by social media users as the “savior of mankind”- said that he never claimed he was able to perform such miracles usually attributed to the prophets.

Having memorized the Quran, the Islamic holy book, he said he opted for Sufism (an Islam concept defined as the inner and mystical dimension of Islam) and theological studies. He added that he himself was surprised by the rumors.

He said has no political affiliation. He added that his enemies are those of Morocco and of Sufism. His father told a local media that the Zaouia Samadia Mchichia is authorized by the Ministry of Endowments and Islamic affairs and that he would press charges against those who have tarnished the image of his son.