Rabat - A blind man, known as "Blind Dave", has accomplished the tough challenge of the Moroccan 'Marathon des Sables,' becoming the first blind athlete to complete this Marathon. 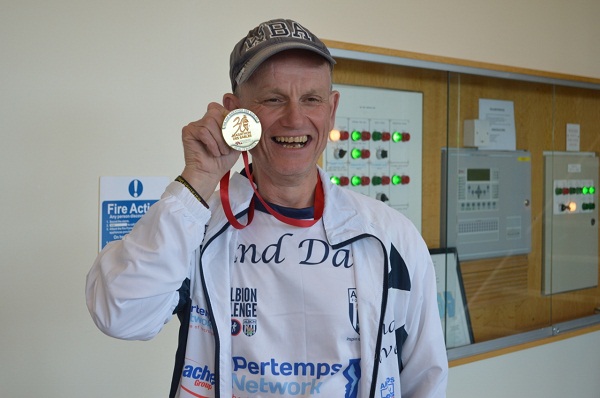 Rabat – A blind man, known as “Blind Dave”, has accomplished the tough challenge of the Moroccan ‘Marathon des Sables,’ becoming the first blind athlete to complete this Marathon.

Dave Heeley, from West Bromwich in UK, who has ran seven marathons in seven days on seven continents, accepted the challenge in order to raise funds for the Albion Foundation.

He said the Marathon des Sables, which is ranked by the Discovery Channel, as the toughest footrace on earth, was the “biggest thing” he had ever done.

“It’s the adventure of a lifetime,” he said.

“It has just been a horrible adventure in respect of how gruelling it has been, but at the same time an absolutely fantastic adventure,” Dave added.

The Sahara Marathon is a 250-kilometer race, with about 1500 participants, from 16 to 79 years old, and from all over the world, participating as individuals and teams.