Rabat - A new report released Thursday by the World Bank has shown that the delivery of essential public services in the countries of the Middle East and North Africa (MENA) "is failing to meet the needs of citizens and continues to be a source of widespread dissatisfaction."

Rabat – A new report released Thursday by the World Bank has shown that the delivery of essential public services in the countries of the Middle East and North Africa (MENA) “is failing to meet the needs of citizens and continues to be a source of widespread dissatisfaction.”

The report, titled “Trust, Voice and Incentives, learning from local success stories in service delivery in the Middle East and North Africa,” identified a relationship between poor public services and a weak external and internal accountability of those in positions of authority who might be responsible for such shortcomings. 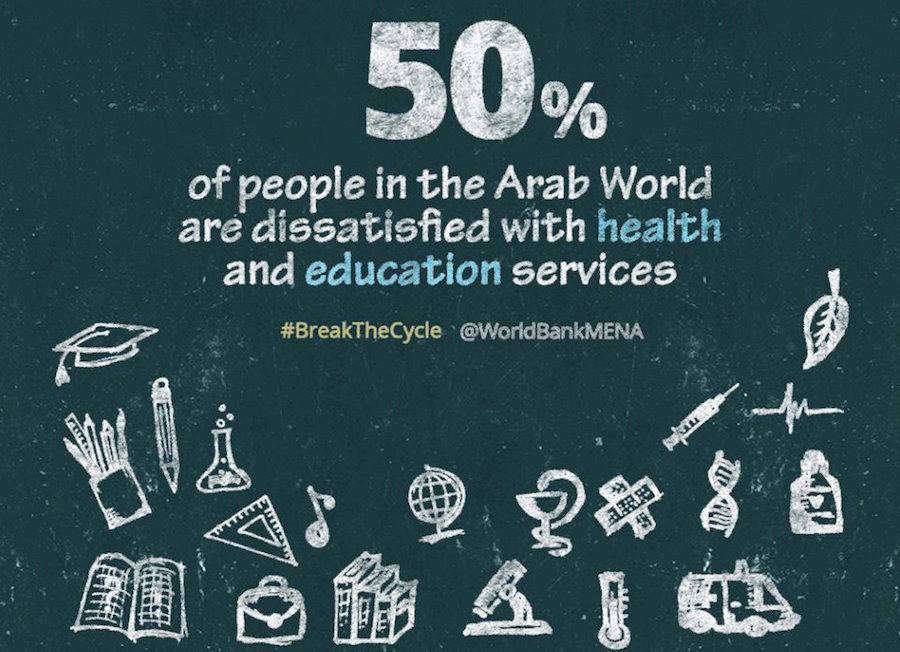 The dissatisfaction with public services is widespread. Quoting data from the 2013 Gallup World Poll, the report said that on average about half of respondents in the MENA region, compared with about 30 per cent in Asia and Latin America and the Caribbean, expressed their dissatisfaction with education services and health care in their country.

In addition, the 2010-2011 Arab Barometer found that about two-thirds of MENA respondents perceived as “bad” or “very bad” the performance of their government in improving basic health services. More broadly, citizens of the MENA countries told pollsters that their government should do better in ensuring service delivery and fighting corruption.

Respondents also expressed little trust in their government’s involvement in the social sectors. Moreover, they are less likely than citizens of other regions to seek accountability and tell public officials what they think, the report added.

“Young people in particular are too often let down by schools that do not prepare them for the jobs market,” said Hafez Ghanem, World Bank Vice President for the Middle East and North Africa Region.

“The problem is not a lack of resources but the wrong motivation, as public servants are not judged by their ability to meet the needs of citizens. Breaking the cycle of poor performance will be essential for rebuilding the relationship between citizens and governments and allowing the region’s youth to reach their full potential.”

The report added that citizens in the MENA region have few opportunities to provide feedback on performance quality and to seek accountability.

Accountability institutions such as justice sector services, independent audit agencies, and ombudsmen are underdeveloped in the MENA region.

This makes it even difficult for citizens to submit complaints, hold public servants and service providers accountable, and obtain their rights.

“Although they have excelled at building schools, constructing hospitals, and training stuff, the region’s societies have fallen short in fostering the accountability and values needed to motivate public servants and service providers to deliver quality services,” the report said.

The report has also identified local success stories come from Jordan, Morocco and the Palestinian Territories; each from localities which were able to find better ways to provide services to their communities with limited resources.