Rabat- During his stay at the Val de Grace Hospital in Paris, France, between April and July 2013, the Moroccan government sent Algerian Presiden Abdelaziz Bouteflika a bouquet of flowers and three trays of cookies and chocolate on a daily basis. 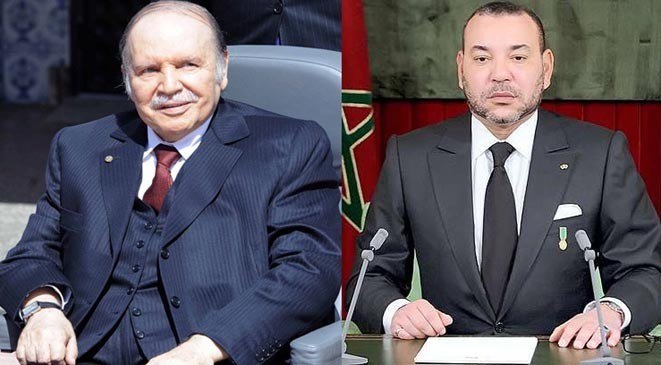 Rabat- During his stay at the Val de Grace Hospital in Paris, France, between April and July 2013, the Moroccan government sent Algerian Presiden Abdelaziz Bouteflika a bouquet of flowers and three trays of cookies and chocolate on a daily basis.

According to the latest edition of the weekly Jeune Afrique, as cited by Bladi, the Embassy of Morocco in France also sent Bouteflika chocolate boxes and ready-made meals throughout the 90 days he spent at the Parisian hospital.

The cookies were prepared by a private caterer and sent from Rabat by air, according to the same source.

The Moroccan officials’ generosity may come as a surprise to those familiar with the relations between Morocco and Algeria. For the past several decades, the relationship between Rabat and Algiers has been tense due to disagreements over the so-called Western Sahara, an area that Morocco reintegrated into its sovereign territory after the end of Spanish colonialism in 1975.

Ever since Morocco retook control of its southern provinces, Algeria has been a staunch supporter of the Polisario, a separatist movement that claims to represent the native Sahrawis and seeks to establish an independent state in the territory.

The conflict has become a point of contention between the two countries, dooming any attempts to normalize relations.

The border between the two neighbors has been closed since 1994. Despite Morocco’s many attempts to move beyond the conflict and reopen the borders, the Algerian government insists on its position that any improvement of relations is contingent on the settlement of the Sahara conflict.