Rabat - Two Moroccans were included on the Arabian Business Magazine's annual list of the 100 Most Powerful Arabs Under 40. 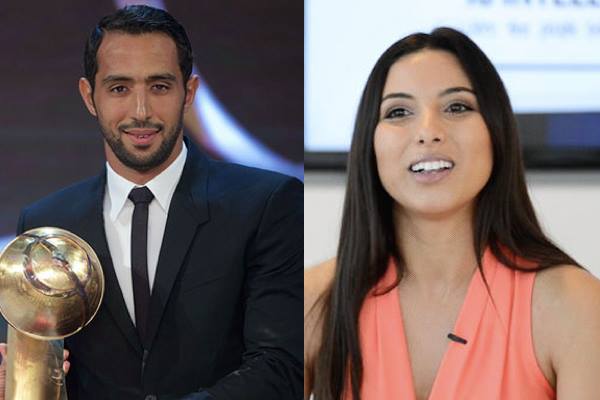 By
Aziz Allilou
-
Aziz Allilou is a student at the Higher Institute of Media and Communications (ISIC) and Morocco World News correspondent in Rabat.
Apr 19, 2015
Spread the love

Rabat – Two Moroccans were included on the Arabian Business Magazine’s annual list of the 100 Most Powerful Arabs Under 40.

Most of the personalities selected for this year’s list were from Gulf States, while only a few names from North Africa made it to the list.

The first Moroccan on the list is Moroccan National Team defender Mehdi Benatia, who ranked 55th.

Benatia, who turned down offers from Manchester City, Real Madrid, Barcelona, and Chelsea, made global headlines late last year when it was revealed Roma had signed a $30m deal to trade him to Bayern Munich.

In 2013, Nadine founded “We Are Visual,” a company dedicated to turning mediocre PowerPoint presentations into visual experiences that “persuade, inspire and engage.”

“Wow! It’s quite surreal to be on this list of the 100 Most Powerful Arabs Under 40 with the likes of Amal Clooney, Maher Zain and Emirati fighter pilot Mariam El Mansouri,” Nadine Said on her Facebook page.

Wow! It’s quite surreal to be on this list of the 100 Most Powerful Arabs Under 40 with the likes of Amal Clooney, Maher…

Originally from Agadir in southern Morocco, Nadine Hanafi started her presentation design agency out of her living room in August 2013.

Using only her personal savings, she embarked on a risky entrepreneurial journey with no business plan: she had a dream of building a successful business, a vision for the company and a gut feeling that people could use her PowerPoint skills to improve their presentation content. Within 14 months, Nadine single-handedly grew the business to six-figure revenue with no external capital.

Number one on the List is Egyptian social entrepreneur Jawad Nabulsi, who took a gunshot to the eye to defend freedom during the protests that toppled Hosni Mubarak in 2011.

This year’s list featured 14 new entrants, including Lebanese Barrister Amal Clooney, who ranked 9th. Amal came into the spotlight after the announcement of her engagement to Hollywood actor George Clooney in April 2014.