Rabat - Chabab Atlas Khenifra team bus was involved in a head-on collision on their way to Khenifra on Monday morning, according to local authorities. 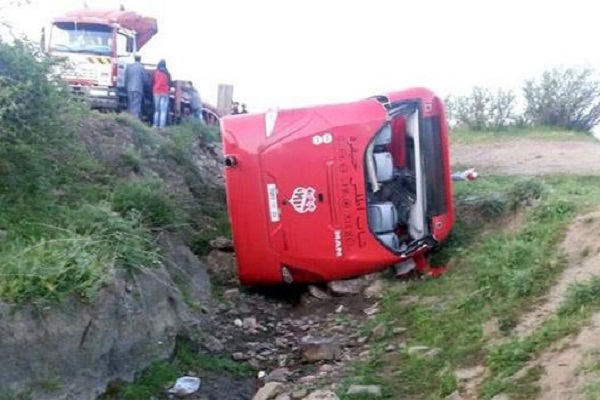 Rabat – Chabab Atlas Khenifra team bus was involved in a head-on collision on their way to Khenifra on Monday morning, according to local authorities.

The team’s bus collided with another vehicle around 4:30 A.M and forty-six kilometers to the city of Khenifra. 29 passengers on board the bus, including members of the Chabab Atlas Khenifra football club, were reportedly injured.

The bus was transporting Chabab Atlas Khenifra players back home after a game in Al Hoceima against local team Chabab Rif Al Hoceima at the Mimoun El Arsi Stadium.

According to authorities, the driver of the team’s bus lost control before colliding with another vehicle which was coming from the opposite direction.

Twelve of those who were injured were transported to a Khenifra hospital. Seventeen others were taken to the hospital of M’rirt.