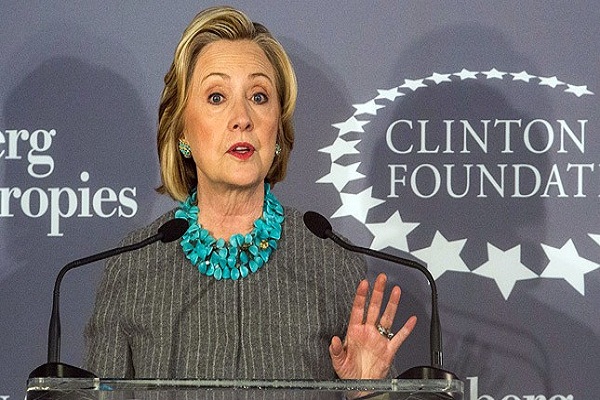 After waves of mounting criticism for accepting foreign funding, the Clinton Foundation said that it would now accept donations only from six countries including Australia, Canada, Germany, the Netherlands, Norway, and the United Kingdom.

Despite the close relationship between the Clinton family, who runs the foundation, and the kingdom, Morocco is not included on the list of accepted donors.

Some Arab countries that donated to the organization last year included Oman, Saudi Arabia and the United Arab Emirates, all of which did not make it to the list of nations whose donations would be accepted by the Foundation.

The Clinton Foundation has reportedly received a donation of more than $1 million from Moroccan phosphate company OCP.

Although the Foundation has reportedly suspended its overseas conferences, including the one in Athens, Morocco’s conference that is planned to be organized in Marrakesh in May is still in the Foundation’s program, according to the POLITICO.

“We’re only keeping [Marrakesh] because hundreds of people are already attending and traveling there, the money has been spent on production and logistics,” said the same source.

Hillary Rodham Clinton stepped down from the foundation’s board on April 11 in order to run for the 2016 Democratic presidential nomination.

“While I have cherished my time serving on the board and engaging in the day-to-day work of the Foundation, in order to devote myself to this new, all-encompassing endeavor, I have resigned from the board of directors effective today,” Mrs. Clinton wrote in an email, according to the New York Times.