Marrakech - A volunteerism workshop was held in Marrakech American Corner at the College of Art and Humanities at Cadi Ayyad University, Saturday, March 28, 2015.

Marrakech – A volunteerism workshop was held in Marrakech American Corner at the College of Art and Humanities at Cadi Ayyad University, Saturday, March 28, 2015.

The workshop was organized by the American Corner and Bochra Laghssais, an English student at the University. It was delivered by U.S. Peace Corps volunteers, Kira Charlesworth and Bryce Driscoll.

The presentation began with Peace Corps volunteers discussing the concept of volunteerism and more specifically, the work of Peace Corps in Morocco. The purpose of the workshop was to teach students the importance of volunteer work and ways they can help their communities and country. Bryce Driscoll quoted the famous John F. Kennedy speech in which he says: ‘’Ask not what your country can do for you, ask what you can do for your country.’’ 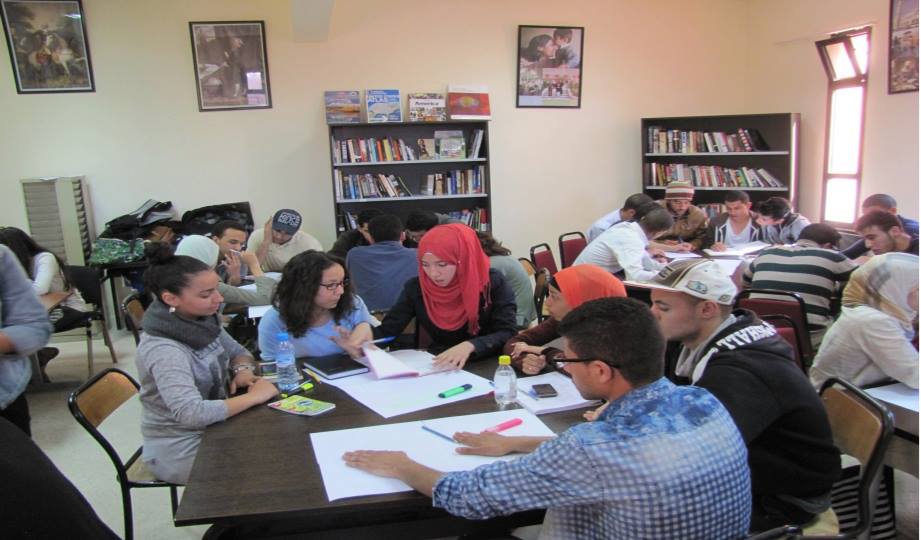 The workshop was divided into two parts. The theoretical part was devoted to defining concepts such as volunteerism, sustainability, etc. Most of the students were interactive and managed to provide their own definitions of the words before the two Peace Corps volunteers presented the definitions. They used the example of Peace Corps and its youth development program in Morocco to contextualize the terms.

The participants also learned about how to get involved in voluntary work and what characteristics make a person a good volunteer. They learned about the Moroccan organization Corps Africa that was founded by a former Peace Corps Morocco volunteer Liz Fanning. The organization is a vehicle by which Moroccan people can serve their countries. Several students expressed an interest in applying to Corps Africa after graduation to serve less fortunate communities in Morocco. 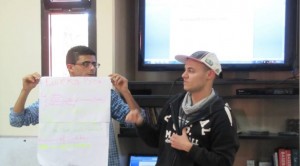 The practical part of the program was devoted to applying what was learned during the theoretical part. The participants were divided into several groups of four members and then asked to brainstorm some ideas for volunteering opportunities in their communities. The students were asked to identify a problem, assess the root causes, identify necessary resources and community members involved, and analyze whether the project would be something their community wanted and whether or not it would be sustainable.

Then the groups came up with fantastic ideas about volunteering projects. One group envisioned a community sponsored bus library, so that hours people spend commuting are not wasted. Another group proposed starting a ‘Eureka Box’, essentially a lost and found for misplaced items around the university campus. Other groups spoke about ongoing projects they already started.

The workshop was very helpful because students started thinking of ways to help their communities, either by joining some associations that work in the field, or pursuing projects on their own. At the end the students presented their ideas and projects for their communities and received certificate of attendance.