Rabat - Oxford Business Group (OBG), a global publishing, research and consultancy firm, said that a slowdown in property prices last year in Morocco had little impact on transaction volumes, with the overall number of sales across the country increasing. 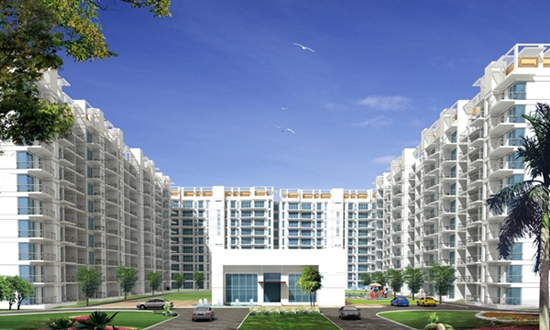 Rabat – Oxford Business Group (OBG), a global publishing, research and consultancy firm, said that a slowdown in property prices last year in Morocco had little impact on transaction volumes, with the overall number of sales across the country increasing.

The residential price index for apartments, villas and homes eased 0.6 per cent in 2014, setting the overall tone for the market. The sharpest declines were recorded in home and villa prices, which dropped 0.9 per cent and 1.7 per cent, respectively, though apartment prices also dipped slightly.

The British consultancy firm said that despite falling prices, overall transaction volumes increased 12% year-on-year (y-o-y) in 2014, against a 5% decrease in 2013, with the residential segment representing almost three-quarters of all transactions; and apartment sales alone contributed to more than two-thirds of total transactions.

The biggest uptick in transactions was recorded in Casablanca, which has a population of 3m people and where demand for residential as well as commercial space remains strong, OBG has found. Activity in the real estate sector has stabilized, following a rise in 2007 and subsequent dip in the years that followed.

The sector has been maintained by the rollout of a government-sponsored financial incentive package that includes tax exemptions for developments of more than 500 units, said OBG, adding that lower-income buyers, meanwhile, have been encouraged to become homeowners through a value-added tax exemption on a new acquisition.

OBG added that the Moroccan government also seeks to channel real estate developers and builders to the mid-range market segment, where houses are in short supply, and also to the low-income segment, where the housing deficit stands at some 650,000. The government is aiming to build 17,000 units per year.

By contrast, OBG says, the luxury segment has witnessed a sharp fall in demand “due to a sluggish international economic environment, particularly in Europe, as well as the impact of the Arab Spring, which shook foreign investors’ confidence.”

While operators’ margins were squeezed in 2014, the lower prices pushed up demand in a buyers’ market. Apartment sales jumped almost 17% and commercial property sales increased 13.5%. Sales of single-family homes dropped nearly 10% year-on-year, partly a reflection of social housing being the main driver of construction and real estate activity over the past few years.

Prices of apartments in Casablanca and Rabat, the two principal residential markets, rose 0.1% and 0.5%, respectively, in 2014, OBG has revealed. The price stagnation in Casablanca helped to push apartment sales up 33.4% y-o-y, the single largest increase across all categories last year.

Rabat was the only city to see an increase in both apartment prices and sales in 2014, underlining continued strong demand in the nation’s capital.

Steady demand for affordable housing has helped diversify revenues for some of the country’s developers, OBG said.

House builder Residences Dar Saada raised Dh1.13bn (€105m) via an initial public offering on the Casablanca Bourse in early December, on the back of strong results in 2014.

The issue was heavily oversubscribed, reportedly receiving demands for nearly Dh4bn (€373m). The listing was a bright spot in an otherwise difficult year for major Moroccan developers on the stock market, with share prices for some of the country’s larger developers, such as Groupe Addoha and Alliances, declining in 2014 and through the first quarter of 2015.

According to the British consultancy firm, the fundamentals of the market remain fairly strong. Medium- and long-term prospects bolstered by strong demand for housing units on the lower end of the price spectrum, in the face of persistent affordable housing deficits in urban areas, as well as the scope for increased high-end sales on the back of a European recovery.