United Nations-  Morocco has kicked Polisario out of the Third Meeting on Nuclear-Weapon-Free Zones, which was held Friday at the UN headquarters in New York. 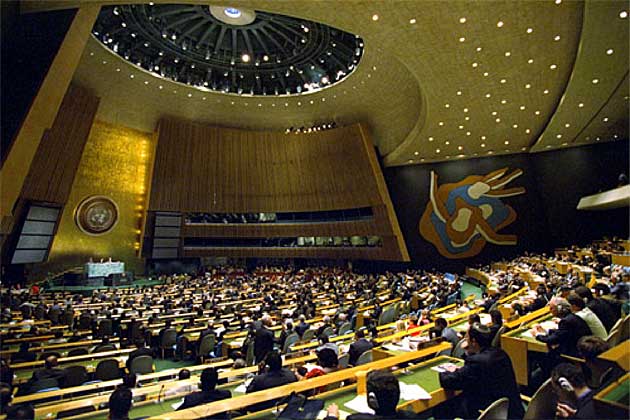 United Nations-  Morocco has kicked Polisario out of the Third Meeting on Nuclear-Weapon-Free Zones, which was held Friday at the UN headquarters in New York.

“Despite the maneuvers of Algeria and its friends, the separatists were kicked out of the room where the Third Meeting on Nuclear-Weapon-Free Zones was held,” a UN diplomat told MAP.

Algeria counted on this meeting to “insidiously” introduce SADR representatives to an “international conference attended by UN Member States”, with the overwhelming majority not recognizing this entity, the diplomat added.

“The international conference resumed its works without the participation of the protégés of Algeria, which prompted the latter, due to this new setback, not to participate in the debate, removing its representative from the speakers’ list.”