Casablanca- Around 454 kg of cannabis resin locally known as chira was seized Friday by the customs services at the port of Casablanca. 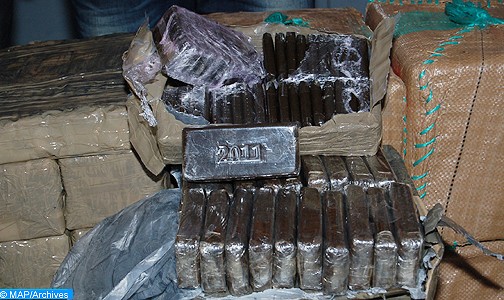 Casablanca- Around 454 kg of cannabis resin locally known as chira was seized Friday by the customs services at the port of Casablanca.

“Customs services have foiled an attempt to export a large amount of cannabis to a European country”, Noureddine El Asri, officer in charge of exports at the port of Casablanca, told the press.

The banned substance was carefully concealed in traditional Moroccan tiles, he pointed out.

Two days ago, port authorities had seized around 657 kg of cannabis bound for the European market.

During the first six months of 2014, Moroccan authorities have seized more than 100 tons of cannabis and dismantled 98 trafficking networks.