Rabat- The Mayor of the city of Alexandria will honor Moroccan artists Hassan Hakmoun and Mohamed Zyat on Sunday near Washington D.C. 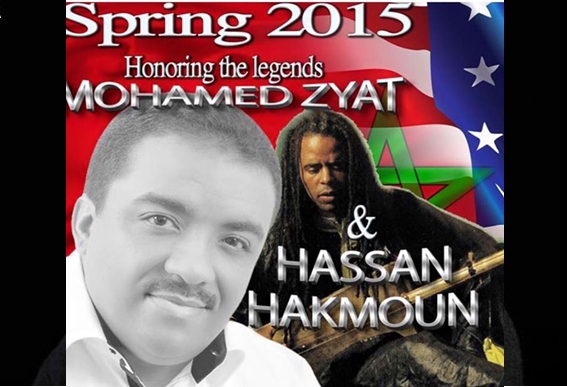 Rabat- The Mayor of the city of Alexandria will honor Moroccan artists Hassan Hakmoun and Mohamed Zyat on Sunday near Washington D.C.

The tribute will take place on the first day of ‘Moroccan Days’ event featuring Moroccan culture, music, and cuisine as well as a handicrafts exposition, showcasing artisans from Morocco.

The four-day event, which takes places on 26-29 April in Alexandria, will be inaugurated on Sunday.

The opening ceremony takes place on Monday, April 27, at noon, and will feature remarks by Mayor William D. Euille, and by Minister Fatima Marouan, Morocco’s Minister of Handicrafts & Social and Solidarity-based Economy.

The Moroccan Artisans’ Festival is the culmination of months of organizational effort on the part of City of Alexandria Mayor Bill Euille and his staff working with Moroccan local businessman, Mohamed Elhajjam, whose brainchild the event is, and the Moroccan government.

This initiative aims to provide the American people with an insight into Moroccan cultural heritage and artistic traditions. We are bringing Morocco to America.