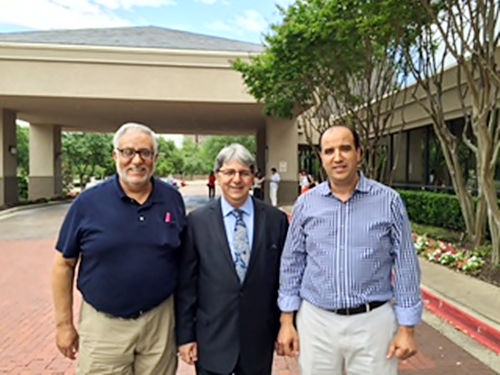 The Consulate General of the Kingdom of Morocco in New York, in coordination with the Embassy in Washington DC, organized operation Mobile Consulate on 25-26 April with the purpose of providing consular services to the Moroccan community residing in Texas area.

The Mobile Consulate was attended by more than four hundred Moroccan nationals living in the Texas area, who benefited from various consular services.

The operation took place in a serene and transparent atmosphere and the majority of participants expressed satisfaction with the efforts made by the Moroccan consulate in New York.

“Participants expressed gratitude and thanks to His Majesty King Mohammed VI and the whole team who ensured the smooth running and the success of this important event,” the Consul General of Morocco in New York, Mohammed Benabdeljalil, told Morocco World News.

The event was organized in collaboration with the American Moroccan Association of Dallas and the Moroccan American Council of North Texas chaired respectively Abdelaziz Daki and Chaib Salih.

After Orlando and Dallas, the Mobile Consulate operation will also visit Los Angeles, California (May) and Raleigh, North Carolina (June).