Rabat- Morocco beat Spain on penalties over the weekend in the United Arab Emirates to claim the World Cup of the five-a-side football, known as futsal. 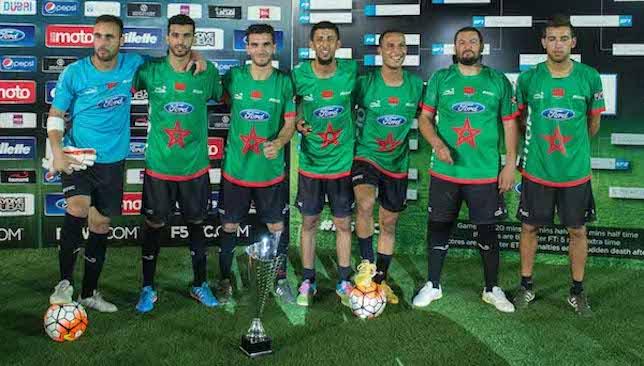 Rabat- Morocco beat Spain on penalties over the weekend in the United Arab Emirates to claim the World Cup of the five-a-side football, known as futsal.

The Moroccan national team sealed a 4-3 penalty shootout win after the game’s official time ended with both teams having scored a goal against each other.

The Spanish team was the first to open the score after only 22 seconds through Adrian Jimeno. Morocco equalized in the second half thanks to a goal by Sami Hamdani.

“These are the tears of happiness I was emotional and felt so happy to have the title,” Abdelhadi Zaitoun, Morocco’s player-coach was quoted as saying. “I was very calm taking the penalty, but if I didn’t score I would have gone crazy.”

“The feeling of winning is indescribable,” he said. “I’m the coach. I was not supposed to be playing but I had to give up the playing conditions. It was fantastic to be with the players.”

“They are like my children. They’ve been with me for the best of last 10 years or so and this team has real guts.”

On their way to the final, Morocco beat Colombia in the quarter finals 1-0 and defending champions Denmark 1-0 in the semifinal phase.