New York (UN) -  The UNSC reiterated on Tuesday its support for a mutually-acceptable solution to the Western Sahara conflict, and reaffirmed the pre-eminence of the Moroccan autonomy initiative, as well as its call on Algeria to conduct a headcount of Tindouf camps populations. 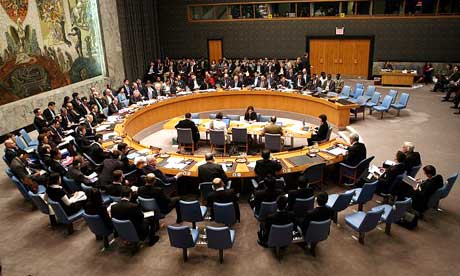 New York (UN) –  The UNSC reiterated on Tuesday its support for a mutually-acceptable solution to the Western Sahara conflict, and reaffirmed the pre-eminence of the Moroccan autonomy initiative, as well as its call on Algeria to conduct a headcount of Tindouf camps populations.

In its resolution 2218 extending for one year until April 30, 2016 the MINURSO mandate, the UNSC reaffirmed again the pre-eminence, the validity and the credibility of the Moroccan proposal submitted on April 11, 2007 to the UNSG and lauded the serious and credible efforts by Morocco to move forwards towards a settlement.

Under the resolution, which was unanimously adopted by its 15 member states, the Council called on the parties and neighboring states to fully cooperate with the UN and with each other and get resolutely involved to break the current deadlock and move towards a political solution.

Reaching a political solution to this long-running dispute and a reinforced cooperation between the Arab Maghreb Union member states will contribute to the region’s stability and security, it said.

The UNSC reiterates and insists on its call to conduct a census of populations in the camps of Tindouf in Algeria and calls for more efforts in this regard.

It also commends the commitment by the parties to continue the talks process under the UN exclusive aegis and recalls that it has recommended in the report dated Apr. 14, 2008 that it is indispensable that parties show realism and a spirit of compromise to make progress on talks.

Under the resolution adopted today, the UNSC urges the parties to continue showing a political will and working in an atmosphere propitious for dialogue to engage resolutely in substantive negotiations.