Taroudant - Sarah, a 15-year-old Muslim student, was banned from class twice for wearing a long black skirt, seen by the school as too openly religious. 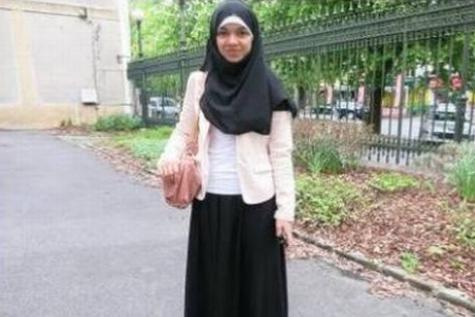 By
Larbi Arbaoui
-
Larbi is a freelance writer and assistant editor at Morocco World News.
Apr 29, 2015
Spread the love

Taroudant – Sarah, a 15-year-old Muslim student, was banned from class twice for wearing a long black skirt, seen by the school as too openly religious.

The case of this student has sparked an outcry among Muslims in France.

According to Lardennais, Sarah was denied access to the Léo-Lagrange College, located in the Round Couture, on April 16 and 25.

The same source said that Maryse Dubois, the principal of the college, had previously notified Sarah that her black skirt, “conspicuously” showed religious affiliation, which is banned in schools by France’s strict secularist laws.

“The girl was not excluded, she was asked to come back with a neutral outfit and it seems her father did not want the student to come back to school,” local education official Patrice Dutot told AFP on Tuesday.

The story of Sarah has gone viral on twitter with the hashtag #JePorteMaJupeCommeJeVeux meaning I wear my skirt the way I like.

Whatever happened to liberté égalité fraternité? Girls now being kicked out of school if their skirts r too long? #JePorteMaJupeCommeJeVeux

Amazing: a dark maxi skirt, which could be considered French chic becomes religiously suggestive on a Muslim girl #JePorteMaJupeCommeJeVeux

Runway models wear long skirts/models & its haute couture, but a Muslim does it and its a threat to secularism #JePorteMaJupeCommeJeVeux

A twitter user posted the photos of English actress, model, and activist Emma Watson, wearing long skirts with a funny statement that reads, “Sorry @EmWatson you can’t go to school in France. Your dresses are too long.”

Sorry @EmWatson you can’t go to school in France. Your dresses are too long ! #JePorteMaJupeCommeJeVeux #HeForShe pic.twitter.com/x3Qrrj5lSu

Early this month, the School of Ursuline, a Christian institution in the city of Mechelen, Belgium, prohibited Muslim students from wearing long skirts and long sleeve shirts.

According to the CCIF Islamophobia watchdog, about 130 students were rejected from class last year for outfits deemed too openly religious.