Rabat- The European Parliament has adopted on Wednesday, April 29th a resolution that calls for the need to conduct a registration of the population living in the Tindouf camps. 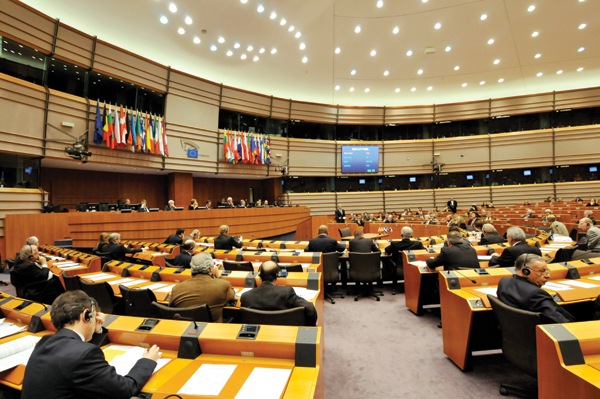 Rabat- The European Parliament has adopted on Wednesday, April 29th a resolution that calls for the need to conduct a registration of the population living in the Tindouf camps.

According to news website le360, the European deputies called on Algeria to conduct a census in the Polisario-run camps in Tindouf as a condition to continue providing humanitarian and financial aid meant for the Sahrawi refugees.

“The resolution is a victory for Morocco,” Abderrahim Atmoun, co-president of the Moroccan European joint commission, was quoted as saying by the French-speaking website.

The new resolution comes as the European Union has decided to “drastically” reduce the humanitarian aid allocated to the Tindouf camps following the release of a report by the European Union’s Anti-Fraud Office (OLAF) documenting “well-organized, year’s long” embezzlement by the Polisario Front of humanitarian aid designated for Sahrawi refugees in the Polisario-run camps in Tindouf, Algeria.

It also comes one day after the United Nations Security Council unanimously adopted resolution 2218 that renews the mandate of the MINURSO.

The resolution welcomed the recent steps and initiatives taken by Morocco to strengthen the situation of human rights in Western Sahara.

It also hailed Morocco’s ongoing interaction with Special Procedures of the United Nations Human Rights Council including those planned for 2015, as well as the planned visit of the Office of the High Commissioner for Human Rights (OHCHR) in 2015.