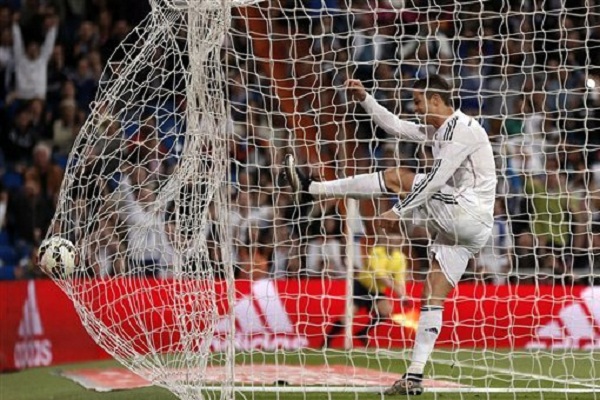 Alvaro Arbeloa scored his first La Liga goal of the season against Almeria but the club’s talisman Cristiano Ronaldo did not seem at all happy. Ronaldo kicked the ball in anger and was shown shaking his head in frustration.

Cristiano was clearly frustrated that his teammate “stole” what would have been his 40th goal in La Liga. He is just one goal ahead of Lionel Messi for Spain’s Pichich trophy and that goal would have seen him move two goals ahead of his Barcelona archrival.