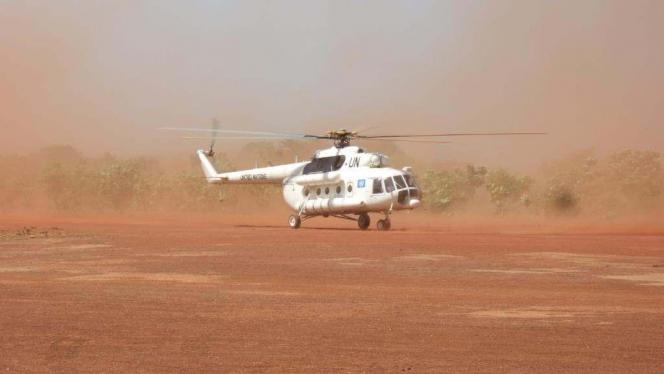 A team from the United Nations Mission for the Referendum in Western Sahara (MINURSO) was banned from entring to the Tindouf camps on Thursday.

According to the same source, the MINURSO team’s helicopter was denied permission to land on a runway by armed members of the Polisario.

The peacekeepers, who are in charge maintaining peace and monitoring the cease-fire between Morocco and the Algerian-backed Polisario Front, were also asked to provide travel documents, including passports.

This is the first time since the signing of the cease-fire 23 years ago that the MINURSO is obliged to present such documents, the source added.

The UN team, who was forced to remain locked in the helicopter, returned late in the afternoon to the Hassan 1st airport in Laayoune, southern Morocco.

This comes two days after the United Nations Security Council unanimously adopted resolution 2218 that renews the mandate of the MINURSO.

The new resolution recognizes and welcomes the recent steps and initiatives taken by Morocco to strengthen the National Council on Human Rights Commissions operating in Dakhla and Laayoune and Morocco’s ongoing interaction with Special Procedures of the United Nations Human Rights Council including those planned for 2015, as well as the planned visit of the Office of the High Commissioner for Human Rights (OHCHR) in 2015”.

The resolution renews its call on the parties to the conflict, Morocco and the Polisario Front “to conduct negotiations, without preconditions and in good faith, taking into account the efforts made since 2006 and subsequent developments, with a view to achieving a just, lasting, and mutually acceptable political solution.”

France’s representative in the Council reiterated his country’s support to the autonomy plan presented by Morocco in 2007, pointing out that it “is a serious and realistic option” that could serve as basis to find a solution to the conflict.