Fez- The first parliamentary oral session of spring devoted to the issue of public debt ended prematurely after heated exchanges between the opposition and the Head of Government Abdellilah Benkirane. 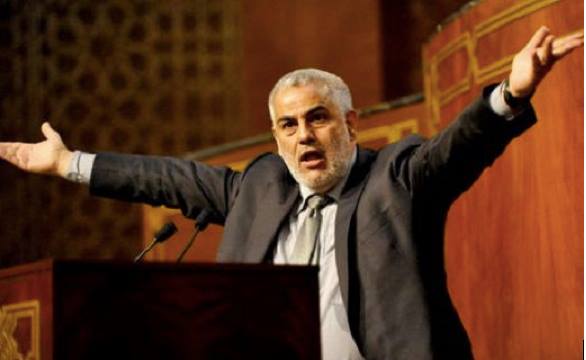 Fez- The first parliamentary oral session of spring devoted to the issue of public debt ended prematurely after heated exchanges between the opposition and the Head of Government Abdellilah Benkirane.

The first oral session in the House of Representatives on Tuesday, April 28 was cut short when Head of Government Benkirane fired back at members of the opposition. Things went well when the head of government was asked about the measures taken by the government to reduce the public debt. Benkirane responded that “the approach taken of zero subsidies of fuel prices had contributed to the decline in government spending” specifying that in his first year in government, Morocco paid MAD 21 billion for fuel, while in 2015 it will not pay a single dirham in fuel subsidies.

However, while discussing the rise in electricity prices which further decreased government debt, Benkirane reacted, “When I offered to raise the price of water and electricity you objected, and you still want that public debt reduced. Just tell me what you want and I will heed your suggestions. The opposition must assume its responsibility and face society in issues that need reform, rather than resorting to obscenities and use a displaced language.”

This response angered opposition members who protested loudly in response to the head of government, leading the chair to adjourn the session

Before leaving the chamber, Benkirane said that he was not intimidated and said that the opposition members were not outraged when he was accused of “having links with Al Nosra, ISIS and Mossad.”  Benkirane added angrily, “you should have stood against this too.”

Benkirane, was asked to withdraw his statements by parliamentarians, but he flatly refused to do so.

Hamid Chabat, Secretary General of the Independence Party, had previously accused Benkirane of having close relations with Al Nosra, ISIS and Mossad and asked him to clarify these relationships.