New York - In response to the growing number of islamophobic acts in the world and the anti-Islamic subway ads launched by Pamela Geller, some American Muslims have decided to launch a campaign featuring ironic and humorous messages displayed on the NYC subway. 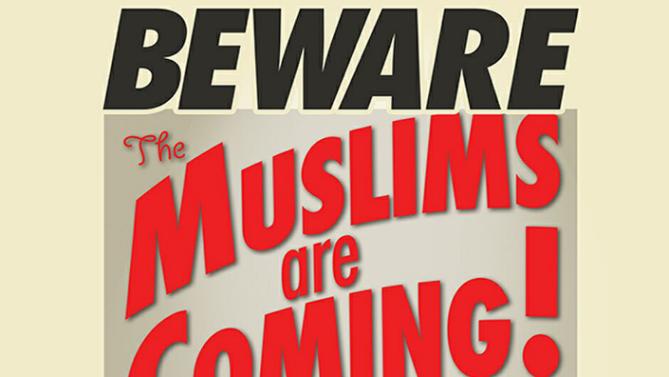 New York – In response to the growing number of islamophobic acts in the world and the anti-Islamic subway ads launched by Pamela Geller, some American Muslims have decided to launch a campaign featuring ironic and humorous messages displayed on the NYC subway.

According to New York Daily News, documentary filmmakers Negin Farsad and Dean Obeidallah said they would post 144 posters in 140 subway stations thanks to roughly $20,000 raised through crowd funding.

The posters bear messages such as: “Beware the Muslims are coming! And they shall strike with hugs so fierce you will end up calling your grandmother and telling her you love her.”

The campaigners also posted a message with very interesting facts highlighting the achievements of Muslims. The poster reads, “Fact about Muslims: They invented coffee, the toothbrush, and algebra.”

“Oh wait, sorry about the algebra. That’s a year of class you’ll never get back,” reads the text at the bottom.

The campaign comes in response to an anti-Islam campaign that featured a series of $100,000 ads on MTA buses with text and images likening Muslims to Hitler.