Rabat - King Mohammed VI will start a working and fraternity visit to the Kingdom of Saudi Arabia on Sunday, the Ministry of the Royal Household, Protocol and Chancellery said in a statement. 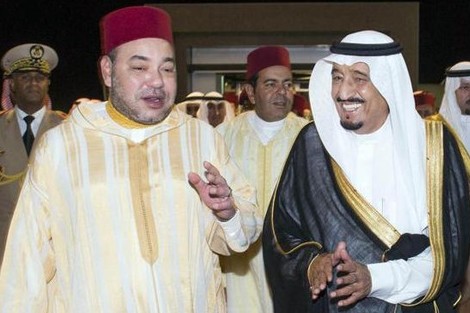 Rabat – King Mohammed VI will start a working and fraternity visit to the Kingdom of Saudi Arabia on Sunday, the Ministry of the Royal Household, Protocol and Chancellery said in a statement.

This will be the King’s first official visit to Saudi Arabia since the enthronement of King Salman bin Abdelaziz following the death of his brother late King Abdellah bin Abdelaziz last January.

The Moroccan monarch will hold talks with King Salman on the latest developments of the situation in Yemen.

Moroccan forces are fighting alongside Saudi Arabia and its allies against Iran-backed Houthi rebels in the military operation codenamed Decisive Storm.

King Mohammed VI’s visit was scheduled to place on Wednesday, but was postponed due to the recent developments in senior leadership positions in Saudi Arabia.