Rabat- A picture of King Mohammed VI raised by Raja Casablanca supporters in the Champions League clash that pitted the Moroccan side against the Algerian team of Wifaq Stef on Friday is said to have triggered the wrath of the Algerian authorities. 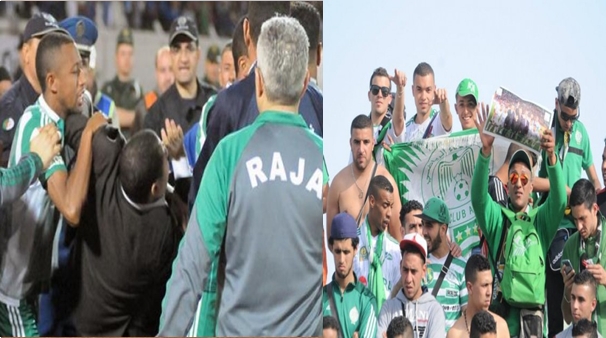 Rabat- A picture of King Mohammed VI raised by Raja Casablanca supporters in the Champions League clash that pitted the Moroccan side against the Algerian team of Wifaq Stef on Friday is said to have triggered the wrath of the Algerian authorities.

According to news website Alyaoum24, the picture of King Mohammed VI and the Moroccan flag are believed to have provoked the Algerian authorities, pushing them to use excessive force against the components of Raja Casablanca.

In addition to the violent intervention by the Algerian riot police, President of Wifaq Stef Hassan Hammar is also reported to have described Moroccans as “Jews”.

Raja Casablanca’s press officer Mohammed Beloudi said things would have been even worse had the team made it successfully to the next round.

CAF Champions League holders ES Sétif won 4-1 on penalty shootout on Friday to proceed to the group stage of the African competition.