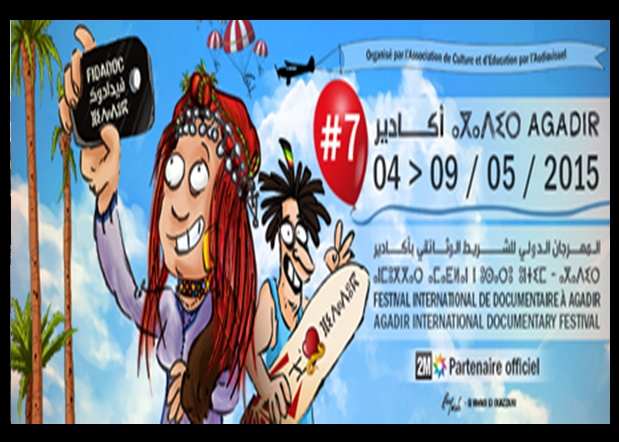 This year’s edition offers a special compilation of Maghreb, occidental, and African sub-Saharan films along with a dozen special screenings in a number of indoor and outdoor spaces throughput the city, such as the Jamma Adorra complex, Ibn Zohr University, as well as municipal and local associations.

The festival’s program show cases multiple recent European documentary productions. A considerable number of European professionals and documentary film directors, who have shown an interest in participating in the formation of Morocco’s documentary industry, will honour this event with their presence.

The festival is an opportunity to display long and short films presented by many new directors who participated in “the documentary workshop” established at last years’ festival. This initiative aims at discovering and supervising new talent in this field and helping these new filmmakers achieve their future potential.

Founded in 2008 by Nouzha Drissi, the International Documentary Film Festival of Agadir (FIDADOC) is organized by the Association for Culture and Education through Audio-visual Media. It is an annual event that is frequently organized between April and May and sponsored by Moroccan TV channel 2M. The event is one of a kind in Morocco, as it is the first festival to be exclusively dedicated to documentary films.