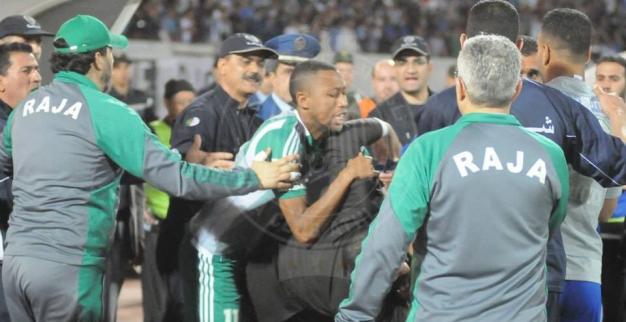 San Francisco – When I was in growing up in Morocco, my mother has always insisted that I should think about others before thinking about myself.

I remember the days when I came home for late lunch or dinner after spending time hanging out with friends, and my mother would hand few dirhams to go get me a sandwich, my favorite bread and tuna “Sevillana”.

The reason I could not eat at home was because in our Moroccan culture, when friends or relatives show up without warning, as they always do, we have no choice but to serve them whatever we have available. That is exactly what my mother did often: she served whatever food was available to our guests, and if any of my siblings or myself ended up without lunch or dinner, so be it. Our guests came first. This is not something done only in my family. Every Moroccan family that I know acts in the same manner. We always treat our guests better than we treat ourselves.

Morocco is very well known for its hospitality. The majority of people who have visited Morocco and were lucky enough to be hosted by a Moroccan family will attest to this fact.

When the Algerian soccer team ES Setif landed in Casablanca for their CAF game, we treated them with the utmost respect and hospitality.  During and before the game, Raja fans were chanting “7na khawa, mashi 3dawa, ya jazair”, which translates as “Algerians, We are brothers not enemies.” And to be fair to the Algerian people, the majority of them feel the same way about Morocco.

Moroccans are born to be giving and welcoming. It’s in our genes, and we are better with others than amongst ourselves.  We make sure that our guests feel like they are in their second homes, far away from home.

The sad events that took place in Algeria are not the work of Algerian fans. Moroccans present at the game have confirmed to the media that Algerian fans were not the ones beating, spitting on, and calling Moroccan fans Jews.

Algerian security personnel and executives are the ones who perpetrated the attacks and the insults. Video clips posted on the Internet show clearly what Moroccan fans have been subjected to.  Raja fans were supposed to stay in Algeria until Sunday, and believe or not, most of them will stay in Algeria until Sunday. The majority of fans have said that the Algerian people have been kind to them. As a matter of fact, when the Algerian police were beating up Moroccan fans, Algerian fans in the stadium were whistling, a sign of disapproval of the actions of the security officers.

What has taken place was not a random act. It is part of a calculated plan by the Algerian regime to create hatred between the people of Morocco and the people of Algeria. Again, the regime’s evil plan has not and will not work. The next time an Algerian team plays in Morocco, Moroccans will be even more welcoming to Algerians. The reason is very simple: “7na khawa mashi 3dawa.” There is nothing the Algerian regime can do to stop the mutual respect between Moroccans and Algerians.

It has been 60 years since Moroccans and Algerians were separated against their will, but we should not worry. The winds of change are closing in on Algeria, and more and more Algerians are starting to realize that their regime is nothing but an obstacle to peace and prosperity. Algerians are starting to hate the fact that out of its 40 million people, their regime is run by someone confined to a wheelchair.

Ambulances taking Moroccan fans to the hospital are not even equipped with basic necessities such as oxygen, but when people from this rotten regime fall ill, they get their care from the best Europeans hospitals, while the people of Algeria are suffering and living as if Algeria is poor third world country.

If you are Moroccan reading this article, be proud that you are Moroccan. We have our shortcomings, but we are good people.  If you are Algerian, judge for yourself what your regime is doing to you and to others, but as a Moroccan, I have to repeat the Rajaoui fans slogan: “7na khawa, mashi 3dawa.”