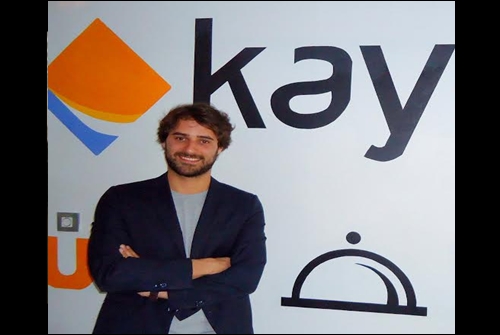 Mr. Marian joined Kaymu Morocco at January 2014 as Head of Sales. At 26 year old, Kaymu’s new MD is one of the youngest CEOs in Morocco.

Mr. Marian graduated from the prestigious French EDHEC Business School. He started his career at ERDF (Electricité Réseau Distribution de France) as financial controller to next join a Strategy consulting firm in Paris.

“We are happy to announce the nomination of Sevan played a pivotal role for the development of Kaymu in Morocco. Today, he is managing a young, dynamic and brilliant team that totally represents him.

Morocco is one of the most promising markets in Africa and we are very confident in Sevan’s ability to unveil its potential” declared Fanny Ponce, Managing director of Kaymu in North Africa.

With an average age of 26 year old, Kaymu’s team which is composed of 80 people is one of the youngest in Morocco.