Rabat- As the International Day Against Homophobia gets closer, “ASWAT”, a group for sexual minorities, denounced “the secret arrest of homosexuals and lesbians” in Morocco. 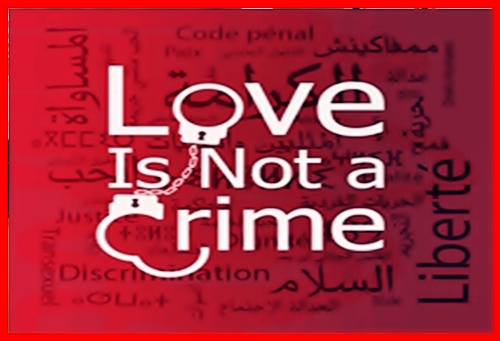 Rabat- As the International Day Against Homophobia gets closer, “ASWAT”, a group for sexual minorities, denounced “the secret arrest of homosexuals and lesbians” in Morocco.

The group posted a communiqué on its Facebook page criticizing what they called “the continuous arrest of people because of their sexual orientations.”

“There are certainly arrests and trials taking place in secret without the public knowing about them,” says the Aswat communiqué.

The group said that two people (a Moroccan and a Senegalese) were sentenced to four and eight months in prison and were fined 500 dirhams and 1,000 dirhams respectively on February 26 in Marrakech.

Less than twoweeks before the International Day Against Homophobia, held on May 17 every year, the group, whose motto is “Love is not a crime”, calls for the protection of the rights of homosexual minorities in the kingdom.

The group demanded the abolition of Article 489 of the Criminal Code, which criminalizes “licentious acts against nature with an individual of the same sex.”

Under Article 489 of the Moroccan Criminal Code, sexual acts between people of the same gender are punishable by between six months and three years in prison.

Despite their religious tolerance, the overwhelming majority of Moroccans still hold conservative views regarding homosexuality.

According to a survey conducted last year by the TNS Foundation for Moroccan magazine Telquel, 83 percent of Moroccans hold negative views on homosexuals.