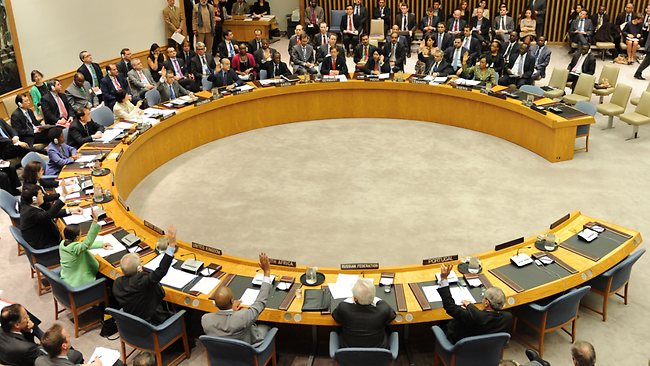 “The Security Council Resolution 2218 and the UN Secretary General’s report on the Moroccan Sahara are precious achievements for Morocco in as far as they stress the rules for the political process thus dealing a heavy blow to the schemes hatched by Algeria and other African countries against Morocco’s territorial integrity,” Minister delegate to the Foreign Minister Mbarka Bouaida said on Monday in Rabat.

Speaking to members of the Lower House’s Committee on foreign affairs, national defense, Islamic affairs and the Moroccans abroad, Bouaida welcomed the Resolution that “laid bare the unfounded claims spread by parties that are desperately trying to divert the negotiation process.”

Bouaida added that the resolution reaffirms the commitment of the UN to the negotiation process on the basis of realism and the peaceful resolution of conflicts.

The resolution also stresses the regional character of the conflict and calls on neighboring countries to fully cooperate with the UN with a view of finding a political solution, she added.

The pertinence of Morocco’s autonomy initiative was also underscored in the resolution, said Bouaida, noting that special attention was also given to the humanitarian cost of the conflict

The resolution welcomes the bolstering of the national human rights monitoring body while upholding responsibility to Algeria for the abhorrent living conditions and the human rights violations taking prevailing on its soil in the camps of Tindouf, she said.

The UN called on Algeria for the third consecutive year to honour its commitment vis-à-vis the international community by facilitating the registration of the population held in the polisario-run camps of Tindouf.

As for media campaign orchestrated by Algeria to “blur the just character of Morocco’s national cause,” Bouaida said that “Morocco responded with an efficient diplomacy and vigilance to the maneuvers of the enemies of its territorial integrity by adopting a coherent and participatory approach.”

She recalled that Morocco’s action is in accordance with the guidelines set in the Royal speech delivered on the occasion of the 39th anniversary of the Green March, adding that the phone talks between “His Majesty and UN Secreatry General on January 22 was an occasion to stress on the impartiality, objectivity and integrity of UN officials tasked with managing the UN mission to the Sahara.”

On the same occasion, Bouaida elaborated on the merits of the autonomy plan as reflecting the credible efforts led by Morocco to find a political and lasting solution to the regional dispute over the conflict.

She also shed light on Morocco’s human rights achievements while deploring the population held in the camps of Tindouf continues to be denied basic rights, noting the prevalence and the scale of the embezzlement of humanitarian aid, which recently was denounced by an EU report.