Rabat - A French mayor backed by the far-right National Front has been accused of racism after using the names of school children in his town to decide how many were Muslim, AFP reported. 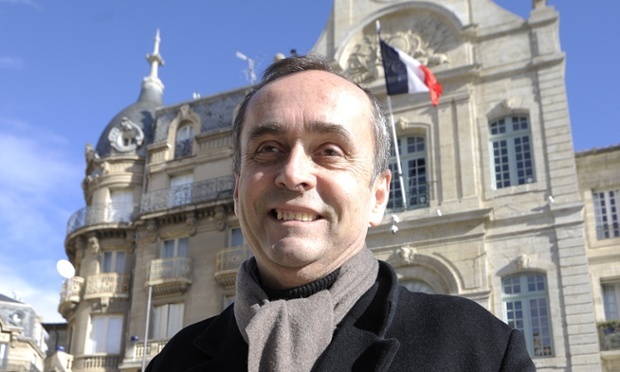 Rabat – A French mayor backed by the far-right National Front has been accused of racism after using the names of school children in his town to decide how many were Muslim, AFP reported.

Robert Ménard, mayor of Béziers (south of France), has stirred controversy earlier this week when he admitted that his administration had used lists of student’s names to decide how many were Muslim. He said on France 2 television on Monday night that the figure stood at 64.6 per cent.

“Sorry to say this, but the town hall has, class by class, the names of the children,” Ménard said.

“I know I don’t have the right to do it. Sorry to say it, but the first names tell us their religion. To say otherwise is to deny the evidence,” he added.

His comments brought condemnation from the socialist government which deemed as “shameful” the mayor’s attempts to distinguish between school children based on their religion.

Reacting to the comments, French Prime Minister Manuel Valls said in a tweet that “the Republic does not make any distinction between its children.”

President Francois Hollande said keeping such a list was “against all the values of the Republic”.

Education Minister of Moroccan orign Najat Vallaud-Belkacem said she had called for a judicial investigation into the matter, saying the mayor’s statements were “profoundly anti-republican.”

“I am scandalized, sickened by these comments” said Abdellah Zekri, head of the National Observatory Against Islamophobia, adding that “you can be called Mohammed without being a practicing Muslim.”

Nevertheless, the town hall of Beziers denied on Wednesday that there was any list of children’s names or that any effort had been made to identify which were Muslim.

It is forbidden under French law to keep statistics on people’s religion or ethnicity.