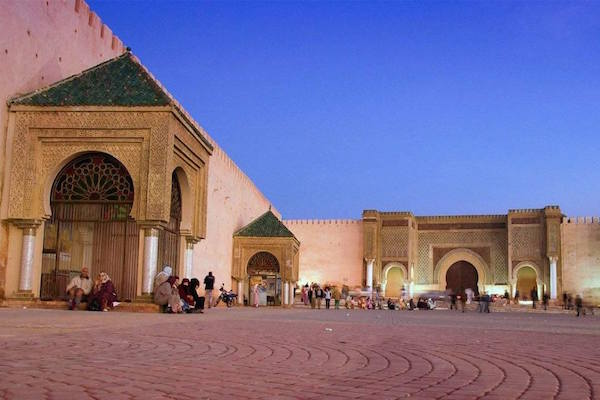 Meknés – For the 10th annual International Forum of Agriculture (SIAM), which takes place every year from the end of April until the beginning of May, the city of Meknés turns into one of the most beautiful cities of Morocco. Unfortunately, this beauty ends with the end of the Forum.

Meknés is located in the north of the Kingdom, 140 kilometers east of the Moroccan capital, Rabat. It was built by the Moroccan Sultan Moulay Ismail in the 10th century, when it served as the capital of Morocco. It is known for its historical monuments and is one of the most desirable destinations for tourists.

One month before SIAM, Meknés residents noticed unusual reforms and rehabilitations taking place in many parts of the city. A multitude of cleaners and gardeners were staffed to work days and nights to clean the streets and plant trees in almost every corner of Meknés.

“I was amazed by the changes that Meknés has witnessed during the past few weeks. I hope this will last forever,” a shopkeeper told Morocco World News.

“I have never seen trees giving fruits in less than one hour after they were planted, and flowers grow and flourish in one night, fountains which hadn’t worked for a long time were turned on…this is just unbelievable,” he added.

The Urban Community of Meknés has also worked on the cultural aspect of rehabilation. It has organized many exhibitions throughout the city, artistic shows performed by international and local artists, and musical concerts in the L’agora and L’hdim areas.

Some of the interviewees expressed their optimism to Morocco World News about the current changes that Meknés has undergone during this period; they said that this time something is different. The reason behind these optimistic views was highlighted by Adil Falah, the president of the Moroccan Association of Cultures and Arts, one of the leading associations in Meknés, in an interview with Morocco World News:

“The changes and reforms that Meknés witnesses are done thanks to the SIAM (…) but what the great majority does not realize is that the reforms of this time are more solid and different. Since his appointment as governor last January, Mr. Mohamed Kadri expressed his disappointment with the present situation of Meknés, and promised to make it better (…).”

The city of Meknés deserves more than what it presently has. Its historical monuments and sites annually attract thousands of tourists. However, the city infrastructure, equipment, and services are not enough for those tourists to enjoy their stay. This, of course, affects tourism in Meknés, and the image of Morocco in general. That’s why decision-makers should reconsider the current situation of Meknés and other marginalized cities and make the rehabilitations of spring a year-round effort.