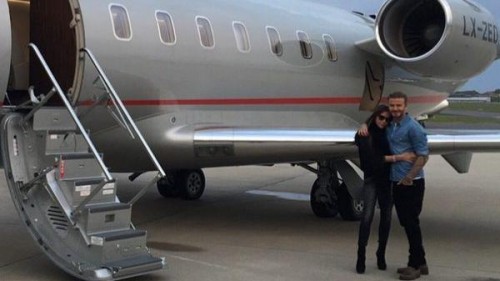 A source told the new issue of Closer magazine: “David and Victoria splashed out over 50K putting up their friends and family.

The Beckhams are said to have spared no expense to pamper their A-list guests, who included actress Eva Longoria, celebrity chef Gordon Ramsey and former Spice Girls Emma Bunton and Mel C.

“They rented out six of the Amanjena hotel’s two-storey maisons and 10 of the hotel’s villas. ”Victoria booked the Al Hamra Maison, the resort’s largest guest house, which costs £2,418 a night, has a private butler, private pool and its own garden for intimate dinner parties,” the source said.

The source added: ”Guests were to be treated to a lavish feast by world-renowned chef Ludovic Gomeiro, as well as a grand dinner, followed by a special fireworks display to officially mark David’s birthday.

”They treated everyone to luxury spa treatments and arranged a personal tour around the city – they wanted it to be a trip to remember.”