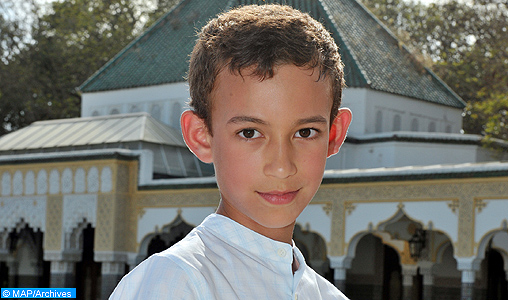 The prince, who was named after his late grandfather King Hassan II, was born on May 8th 2003.

King Mohammed VI ensures that his heir apparent accompanies him in most major national and international events, especially during visits of heads of state.

Last April 28th, he chaired the inauguration ceremony of 10th annual International Forum for Agriculture (SIAM), which was held in Meknes from April 28th May 3rd.