Fez - Two Raja fans who attended the match between Raja Athletic Club and Wifaq Setif did not return home after the game and have been declared missing by their families. 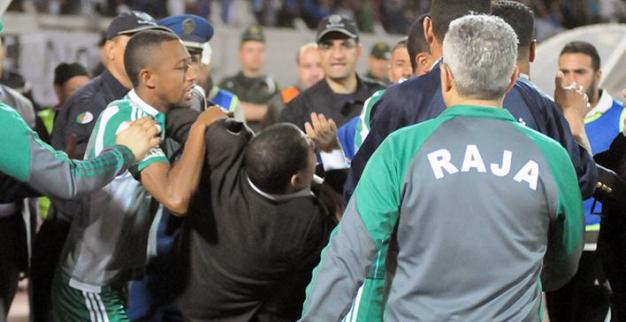 Fez – Two Raja fans who attended the match between Raja Athletic Club and Wifaq Setif did not return home after the game and have been declared missing by their families.

The two supporters who attended the African Champions League second leg match of round sixteen on May 2 have not been found by the Moroccan Embassy in Algiers.

Mohamed Naciri, the manager and spokesman of Raja told Tel Quel that the families of the two fans declared the men missing on Wednesday.

Raja Athletic Club’s administration transmitted the information to the Ministry of Foreign Affairs and the Embassy of Morocco in Algiers. The latter announced that it had found two Moroccans, but who do not match the descriptions of the missing pair.

Raja fans said that violence broke out when Algerian police began assaulting the crowd without provocation at the conclusion of the match. Mohammed Boudrika, President of the Moroccan club, said that his players as well as the entire delegation were physically assaulted by both the Algerian police and the President of Wifak Setif both at half-time and immediately following the match.

The Algerian press claims that violence began after Raja supporters provoked the police after Raja scored the equalizer goal in the last minutes of the second half.

Moroccan television previously broadcast a video in which Wifaq Stef President, Hassan Hammar, describes Moroccans as “Jews.” Moreover, in a recent press conference Mr. Hammar said that Algerians are from the Polisario, a separatist movement that questions Morocco’s sovereignty over Western Sahara.