Rabat - Three Moroccan banks are ranked in Forbes list of "The World's Biggest Public Companies" in 2015. 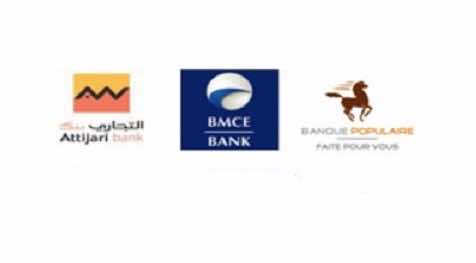 Rabat – Three Moroccan banks are ranked in Forbes list of “The World’s Biggest Public Companies” in 2015.

The list is a comprehensive ranking of the top 2000 companies in the world, based on criteria that include revenues, assets, profits, and market value.

Three banks from Morocco have made it to the list this year. These include Attijariwafa Bank, which is ranked the highest at 1138, followed by Banque Centrale Populaire (No.1855) and BMCE (No.1975).

This year, the public companies listed come from 61 countries and have combined revenue of $39 trillion, while their asset worth is estimated at $162 trillion and $48 trillion in market value in 2015. Total market value grew 9% year-on-year, the most among the four metrics.

The list is topped by Chinese and American businesses. Four of China’s largest banks occupy the top four spots, with the Industrial and Commercial Bank of China ranked first for a third consecutive year.