Rabat- Eli Ben-Dahan, an Israeli rabbi of Moroccan descent, is expected to be the new Deputy Minister of Defense in Benjamin Netanyahu's coalition government. 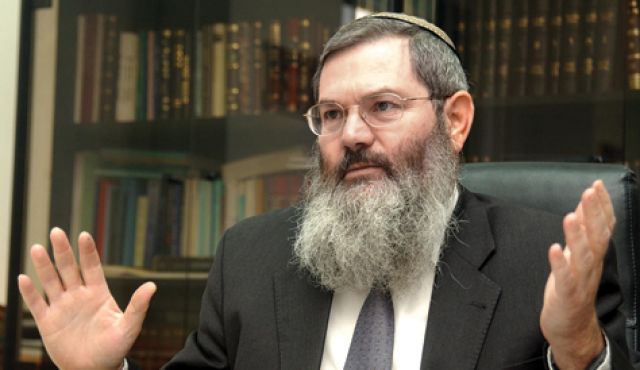 Rabat- Eli Ben-Dahan, an Israeli rabbi of Moroccan descent, is expected to be the new Deputy Minister of Defense in Benjamin Netanyahu’s coalition government.

According to Israeli media, member of the Israeli Knesset Yinon Magal revealed that Eli Ben-Dahan will be the new Deputy Minister of Defense.

“[Eli] is the next on the list, and is the most legitimate and most correct (move),” Magal said when asked if the decision to select Eli for the senior post had already been made.

The eldest of five boys, was born in Casablanca in 1954. In 1956 he immigrated along with his family to Israel and settled in Beersheba.

He received a bachelor’s degree in business administration from Touro College, and a master’s degree in public policy from the Hebrew University of Jerusalem.

Eli became Director-General of the Rabbinical Court system in 1989, holding the post for 21 years. He is also a member of the Knesset for the Jewish Home Party and served in the previous Israeli government as Deputy Minister of Religious Affairs.

Eli is accused of having radical views on the questions of settlements and for holding extremist religious views. According to a Palestinian news agency, he has been living in settlements in the Golan Heights, as well as in Ramallah and east Jerusalem.

According to the same source, while he was Minister Delegate tin charge of Religious Affairs in the outgoing Israeli government, Eli he presented a draft law that called for authorizing Jews to pray in the Al Aqsa mosque, as well as in its esplanade.