Rabat - A Moroccan woman was caught in the act trying to smuggle an Ivorian boy into Ceuta inside a suitcase, officials have said. 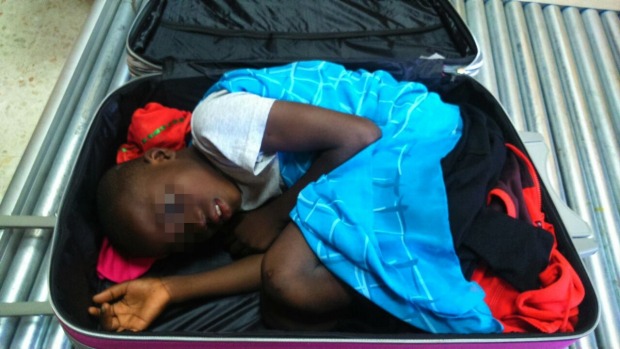 Rabat – A Moroccan woman was caught in the act trying to smuggle an Ivorian boy into Ceuta inside a suitcase, officials have said.

The eight-year-old boy was found inside the case being carried by a 19-year-old Moroccan woman into Ceuta on Thursday.

When police opened the case, they found the boy in a “terrible state”, a spokesman for the Spanish Civil Guard Police told AFP.

“When they put the suitcase through the scanner, the operator noticed something strange, which seemed to be a person inside the case,” he added.

The Moroccan woman was reportedly paid by the boy’s father to carry the suitcase. She was arrested and due to go before a judge.

The boy’s father was also arrested by border guards when he tried to cross the border few hours later. He lives in Spain’s Canary Islands.