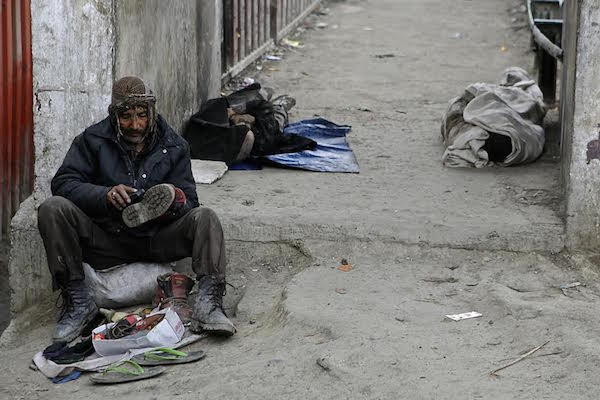 London- In an eye-opening investigation that spanned several months, Al Jazeera’s documentary programme 101 East exposes the murky world of Afghanistan’s drug networks and reveals government shortcomings that have made the country ground zero in the global war against drugs. In Afghanistan, it’s a failing war.

Despite the U.S. pumping $7.6 billion into the country’s counter-narcotics fight, the results have been dismal. Since the 2001 invasion, opium cultivation in the country has doubled, with drug production hitting record levels for several years running.

Al Jazeera also gains exclusive access to Afghanistan’s clandestine drug court. Billions of dollars from the US and Britain have gone into funding this court, which is aimed at prosecuting high-level drug traffickers.

In one scene, three men are led from their cells to court, where they face trial for attempting to smuggle 37kg of heroin – a haul worth millions.

The court’s judges and prosecutors are handpicked and often trained by foreigners to ensure they are free from influence and intimidation. But interviews with seasoned court officials reveal that many live in fear of those they  prosecute.

Eight-year veteran prosecutor Najla Temori says, “We face extreme danger every day in our jobs. Twice, thugs working for drug lords showed up at my house. I’ve since had to move homes to get away from them.”

101 East also travels into Afghanistan’s lawless south to speak to a poppy farmer who says the government has not provided poor people like himself with alternatives, and that cultivating the plant is the only way he can make a profit and feed his family. He admits to having paid off the authorities who are tasked with eradicating the crops. “Poppy guarantees cash in your hands,” says the farmer. “We make 10 times more with the drug than other crops.”

In this revealing investigation, Al Jazeera pieces together the evidence to prove what many have suspected – that it’s not just smugglers, drug lords and the Taliban profiting from the drug trade, but government officials as well. Those featured in this documentary present a damning assessment of Afghanistan’s ability and willingness to stem the tide of drugs.