Morocco World News
Home News Morocco If Death of Moroccan Pilot is Confirmed, He Will Be a Martyr:...

Rabat- Moroccan cleric, Abdel Bari Zamzami, has hailed as a martyr a Moroccan pilot whose F-16 warplane was reportedly shot down by Houti rebels in northern Yemen on Sunday. 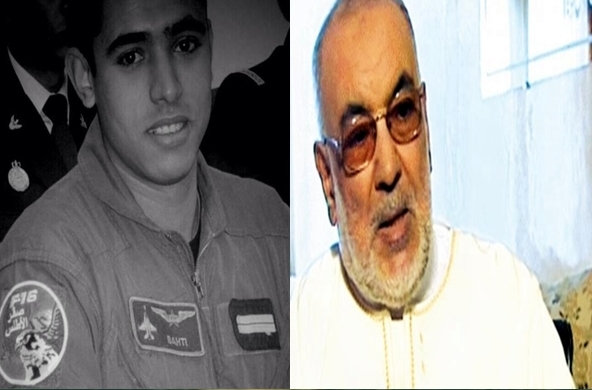 Rabat- Moroccan cleric, Abdel Bari Zamzami, has hailed as a martyr a Moroccan pilot whose F-16 warplane was reportedly shot down by Houti rebels in northern Yemen on Sunday.

Zamzami is the president of the Moroccan association of contemporary cataclysmic jurisprudence research and studies and is one of the founders of the international Union of Muslim Scholars.

According to him, the Moroccan pilot should be commemorated as “a martyr for the sake of Allah if his death has been confirmed, because he was fighting against the outlaws [of Islam].”

On Monday, the Iran-backed Shia group claimed responsibility for the downing of the Moroccan warplane in the Saada region in the north of the country, but the plane is believed to have crashed because of technical difficulties.

They also released images of what is said to be the corpse of the Moroccan pilot who has been identified as 26-year-old Air Force Lieutenant Yassine Bohti.

Zamzami said that” fighting against those outlaws [referring to the Shia Islam Houthi rebels] is a necessary duty in the defense of religion, and those who lose their lives in the battle are considered martyrs for the sake of Allah.”

He added that Ansar Allah, known more popularly as the Houthis, “belong to the Shia branch of Islam, and Shiites are worse than Jews, and their harm is more dangerous than the harm of Jews.”

Supporters of the Iran-backed Shia group shared gruesome photos of what they claim to be the body of the Moroccan warplane’s pilot near the crash site.

The Moroccan pilot crashed his warplane as he was flying on a mission in the Saada province for the Saudi-led coalition, which seeks to restore legitimacy in Yemen.