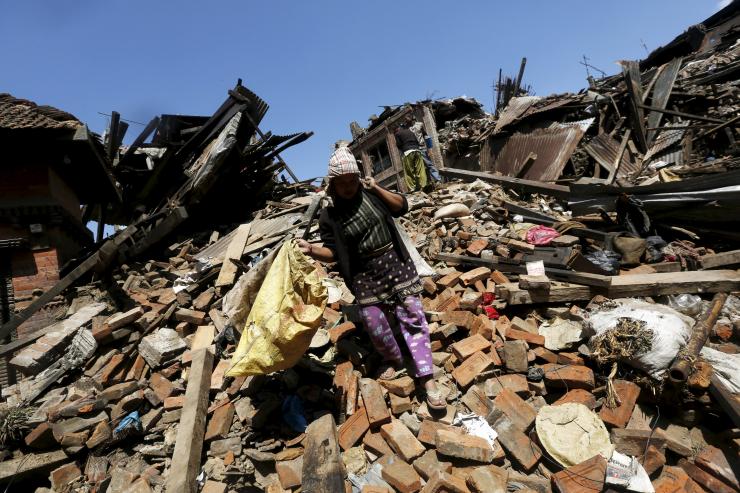 Boston- A second major earthquake shook Nepal just 17 days after the first devastating quake, killing 42 and injuring 1,117, the Nepali government said. The tremors have been felt as far away a New Delhi and sent people running into streets and open areas.

Tuesday’s magnitude of the earthquake was 7.3 while it struck at a depth of about 15 kilometers, the U.S. Geological Survey said. The epicenter was located in an isolated area approximately 11 miles from the town of Kodari, a border crossing from Nepal to Tibet, and 47 miles from the Nepalese capital of Kathmandu.  A woman in Tibet, which is part of China, was also killed when falling rocks hit her car as it traveled through Gyirong, China’s state-run Xinhua news agency reported.

At least 17 more people died in northeastern India as a result of the earthquake, according to Indian Home Ministry spokesman Kuldeep Dhatwalia. Sixteen of those deaths were in Bihar state, while the other was in Uttar Pradesh.

Witnesses have spotted significant landslides and the collapse of buildings that were already damaged and unstable from the first earthquake. Prakash Banjara, 22, was volunteering to deliver food and supplies to villages in Sindhupalchowk when “the earth started shaking so violently.”

“The mountains before my eyes started tumbling down in massive landslides,” Mr. Banjara said. “There are continuous landslides in this area” and the road was “completely blocked by landslides”.

Aid workers reported serious damage to some villages seen from the air as the country still struggles to recover from the devastation while in constant fear.

A 21-year-old Nepalese nursing student Shristi Mainali told NBC News from Kathmandu.” At first we just felt like a shake, and we thought it was normal, we are having aftershock, but it didn’t stop, so we got up and rushed to our garden. We could see the ground moving, shaking … in that moment you cannot differentiate whether it’s the ground is shaking or it’s your legs shaking.” Just as the residents were trying to return to normality after this dramatic event that Mother Nature has decided to strike again.