Rabat - Real Madrid's dreams to reach the Champions League final for the second consecutive year were dashed yesterday by Juventus. 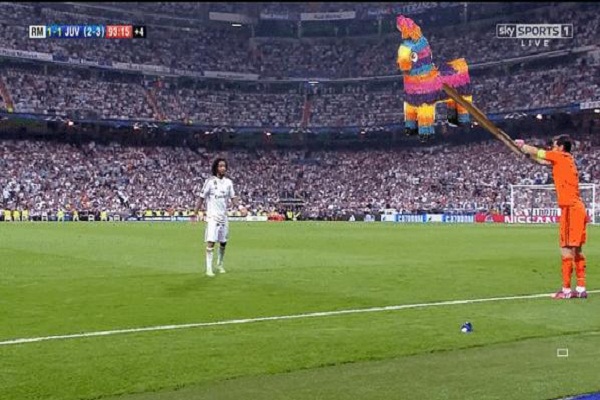 Rabat – Real Madrid’s dreams to reach the Champions League final for the second consecutive year were dashed yesterday by Juventus.

But it was the team’s goalkeeper Iker Casillas who became an overnight internet laughingstock after he failed to take a proper throw-in in the dying seconds of the crucial game.

With just few seconds into the final whistle, Casillas raced across to take a throw-in to get the ball moving quickly.

However the iconic goalkeeper was penalized by referee Jonas Eriksson after he pulled off a bizarre throw-in as he released the ball at the wrong point, giving the Italian side just what they needed which is to gain back possession over the ball and put the final nail in Real Madrid’s coffin.

In the aftermath of the throw, the internet reacted mercilessly in mocking the keeper:

Does Iker Casillas even remember what sport he plays? pic.twitter.com/6jTfTdadzI