Boston- Former French President, Nicolas Sarkozy, has been accused of making a “racist” comment against French Minister of Education, Najat Vallaud-Belkacem, who is of Moroccan origin, and her colleague Minister of Justice, Christiane Taubira.

During the ongoing political debate on educational reform, Nicolas Sarkozy, who is the current president of the UMP (Union for Popular Movement), leveled harsh criticism at the Minister Education, and her colleague the Minister of Justice.

“Christiane Taubira is about to be surpassed by Najat Vallaud-Belkacem in the unrelenting quest for mediocrity,” he said during a rally of his party in Seine-Saint-Denis, in Paris’ suburb.

The statement caused tension between Sarkozy and the Socialists, who accused him of expressing racist sentiments.

“In only one concise statement, he targeted Taubira and Vallaud-Belkacem […],” concluded a representative of the party.

“Mrs Taubira was attacked for reasons that we know, for the color of his skin, and Madame Belkacem is attacked, why? Because she is called Madame Belkacem,” Jean-Christophe Cambadélis, first secretary of the Socialist Party was quoted by LCI as saying.

Amidst this controversy, some members of Sarkozy’s right wing party defended their president, including Rachida Dati, Sarkozy’s former Justice Minister, who is also of Moroccan origin.

“To accuse Nicolas Sarkozy of xenophobia is shameful!” she wrote on Twitter. “For the left, defending our values, our principles and our schools is to be xenophobic!” 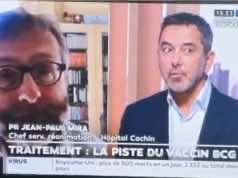