Rabat- French Montana has returned to his native Morocco to host a party at Club 555 in Marrakech. 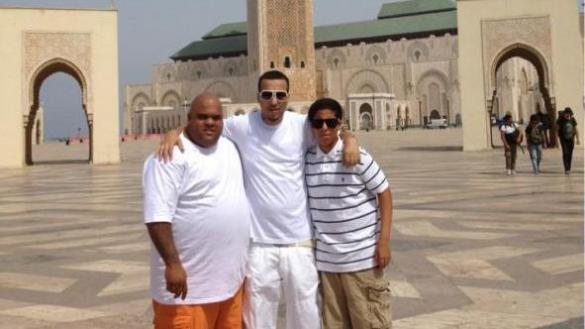 Rabat- French Montana has returned to his native Morocco to host a party at Club 555 in Marrakech.

Karim Kharbouch, known by his stage name French Montana, was born in Rabat, but left the country for the United States at age 13.

He is the founder and CEO of Cocaine City Records. The 30-year-old rapper trip to Morocco was filled with several cultural adventures and a performance at Club 555 in Marrakech.

“This video will give you a small idea of how incredible it has been for me to come back home and share my music with my people,” he said. “I left Morocco when I was 13 and the first time ever going back was when I shot the FADER cover.

Now, it’s amazing to see this much love from my people,” he concluded. Montana is said to be dating Khloe Kardashian, sister to reality TV star Kim Kardashian.

He also appeared on several episodes of “Keeping Up With the Kardashians” Season 9.

Montana has so far made sure to keep some secrecy on his alleged relationship with Khloe Kardashian.

“I like to keep my private life private because that works with my sanity, but she’s a good, beautiful person,” he said in an interview with People Magazine.