Fez - On 9 February 2015, Minister-Delegate for the Interior, Mr. Charki Drais, announced the end of the regularization program that began in January 2014. 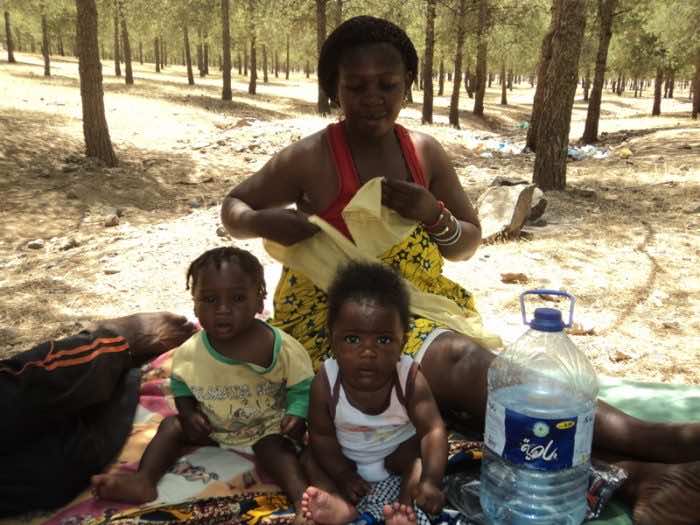 Fez – On 9 February 2015, Minister-Delegate for the Interior, Mr. Charki Drais, announced the end of the regularization program that began in January 2014.

Still, a striking aspect of the program is the gender approach that has been adopted. The minister declared that “100 percent of the applications received from women and children, about 10,178, were approved.” In fact, this focus on women and children reemphasizes the humanitarian nature of the program, illustrates Morocco’s international commitment, reaffirms Morocco’s continuation to of gender equality reforms, and finally shows another procedure to protect the health of its citizens and irregular migrants alike.

It is a reflection of the humanitarian nature of the program:

Women and children represent the definition of vulnerability. They are the ones to suffer the most in all stages of their migration process. Therefore, regularizing their residency offers legal and social protections, as well as greater economic opportunities for women. Moroccan civil society groups have noted that securing the right to education for migrant children has been a particularly problematic issue for migrant families, and the focus on women and children likely reflects a real attempt at addressing this issue, at least in the short term.

It is a commitment to the international obligations of the state:

That is, approving all applications of women and children shows Morocco’s commitment to international conventions and treaties. The Convention on the Elimination of all Forms of Discrimination Against Women (CEDAW) is a good example in this regard. Article 2 of the convention states that state parties have the following responsibilities: (a) “to establish legal protection of the rights of women on an equal basis with men and to ensure through competent national tribunals and other public institutions the effective protection of women against any act of discrimination.” It also insists that all states parties should (b)“take all appropriate measures to eliminate discrimination against women by any person, organization or enterprise .”

It is continuation of gender equality reforms:

The focus on women and children in the regularization program follows Morocco’s traditional focus on gender reforms, which started with the adoption of an advanced family code in 2004. It is also a testimony of the state’s loyalty to the spirit of the 2011 constitution that emphasizes the banning and combating of all discrimination on the basis of sex, color, beliefs, and culture.

It is a health-protection procedure for citizens and the irregular migrants alike:

It is said that many of these irregular migrants, namely sub-Saharan ones, are HIV/AIDS positive. The Moroccan daily Al-Massae published a report on 5 January 2012 regarding African female irregular migrants. The report included an interview with   “Mfimba”—a sex worker from the Democratic Republic of Congo. Mfimba revealed that many of her female friends who arrived to Morocco through Moroccan-Algerian borders with the help of professional smugglers resort to prostitution for a living and many of them are infected by many sexual diseases, including AIDS. She asserted that they do the job to gather enough money to continue their journey to Europe.

The report also revealed that, according to sources in the Moroccan Association for the Fight Against AIDS, 160 of irregular migrants have AIDS. These AIDS victims get treatment in its branches all over Morocco. Thus, regularizing women’s status will definitely help in detecting HIV, AIDS, and other sexually transmitted diseases and in getting them treatment.

In conclusion, the program remains a step in the right direction, especially in terms of addressing the acutely precarious situation of women and children. But, the Moroccan state still has to clarify and unveil its policies in the future concerning the residency status of irregular migrants in general and female ones in particular. The long-term nature of this program must be more clearly defined if we are to see the real benefits of the regularization program.