Rabat-  Leading Moroccan banks started to reap the benefits of the investments they launched a decade ago in Sub-Sahran Africa, writes the French speaking daily magazine specialising in African issues, Jeune Afrique, in its latest issue. 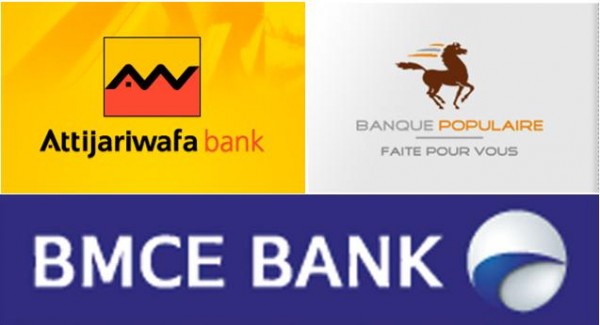 Rabat-  Leading Moroccan banks started to reap the benefits of the investments they launched a decade ago in Sub-Sahran Africa, writes the French speaking daily magazine specialising in African issues, Jeune Afrique, in its latest issue.

In an article on the performance of the three biggest Moroccan banks with substantial branches in Africa, namely AttijariWafa Bank, BMCE Bank and the Banque Centrale Populaire (BCP), the magazine refers to a study conducted by the “Nouvelles Donnes” consultancy dubbed “Banking Survey Emerging Markets” in which the three Moroccan banks came on top of the list of leading financial institutions in western Africa.

“Attijariwafa Bank, BMCE Bank and the BCP hold the third of agencies in the area,” adds the magazine, noting that the Moroccan banks outperformed French ones in the region.

The Moroccan banks knew how to build on the high growth in African market, underscores the magazine.

The success of the Moroccan banks is illustrated by their benefits with a record 2 billion dirhams in 2014 for BMCE Bank, notes Jeune Afrique adding that a quarter of the banks’ profits come from western African branches.

As for the BCP, the magazine highlights the bank’s investments launched in 2012 in Côte d’Ivoire, adding that the establishment of the Atlantic Business Group holding in which the BCP owns 65% of the capital enabled it to access seven countries in the Economic Community of West African States (ECOWAS).

For its part, Attijariwafa Bank saw its profits rise to 5.18 billion dirhams in 2014 thanks to its activities in Africa