Rabat - Saudi Arabia wants to hire eight new executioners. They would be required to behead criminals in public, as well as other punishments, such as amputations. 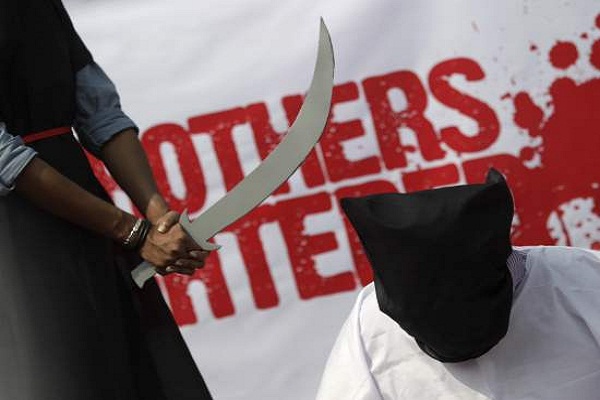 Rabat – Saudi Arabia wants to hire eight new executioners. They would be required to behead criminals in public, as well as other punishments, such as amputations.

The job listing posted on the Ministry of Civil Service’s website on Monday says no experience or special training is required from potential applicants.

The selected applicants would be classified as “religious functionaries” and they would be on the lower end of the civil pay scale, says the ad.

Saudi Arabia has executed 85 people so far this year, compared to 88 in the whole of 2014, according to Human Rights Watch (HRW).

Crimes punishable by death in Saudi Arabia range from murder and rape to blasphemy, adultery, drug crimes, witchcraft and sorcery.

Saudi Arabia is in the top five countries in the world that execute people, according to Human Rights groups. In 2014, it ranked third on an Amnesty International list of countries that conduct most executions, after china and Iran, and ahead of Iraq and the United States.