Rabat - Prosecutors in Germany are investigating a police officer who is alleged to have mistreated two refugees in custody, including a Moroccan, for entertainment. 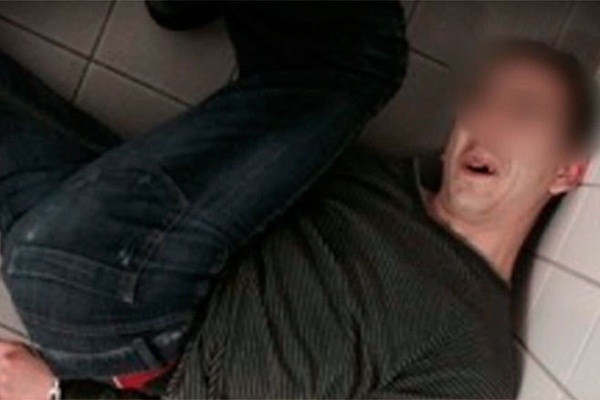 Rabat – Prosecutors in Germany are investigating a police officer who is alleged to have mistreated two refugees in custody, including a Moroccan, for entertainment.

An investigation has been opened into the Hanover federal police for allegedly mistreating prisoners and then bragging about it through instant messaging app WhatsApp.

German public radio NDR has reported about the case, showing a photo of a shackled Moroccan teenager “in an unnatural position” with a clearly pained expression on his face.

In another incident, a police officer choked a refugee from Afghanistan and dragged him through the cells with his feet in chains.

In September, police arrested the 19-year-old Moroccan who was in the country legally after he failed to show a ticket on a regional train.

He was reportedly forced to eat rotten pork.

According to a message from WhatsApp reported by NDR, an officer reported his abuses to a friend: “(An officer) heard him squeal like a pig. Then the bastard gobbled up the rotten pork leftovers in the refrigerator. Off the floor.”

Another 19-year-old from Afghanistan was arrested at the Hanover train station in March 2014 after he was found without a valid passport.

“I knocked him away. An Afghan. With prohibited entry (to Germany),” another WhatsApp message reportedly read.

“I stuck my finger in his nose. And he choked. It was funny. And I dragged him by the foot shackles through the station. It was great. He squealed like a pig. It was a gift from Allah.”

According to NDR, investigators searched the officer’s house as well as the police station on Friday.