Rabat- The organizing committee of Miss Morocco 2015 has reportedly assigned bodyguards to protect this year's 27 finalists from sexual harassment. 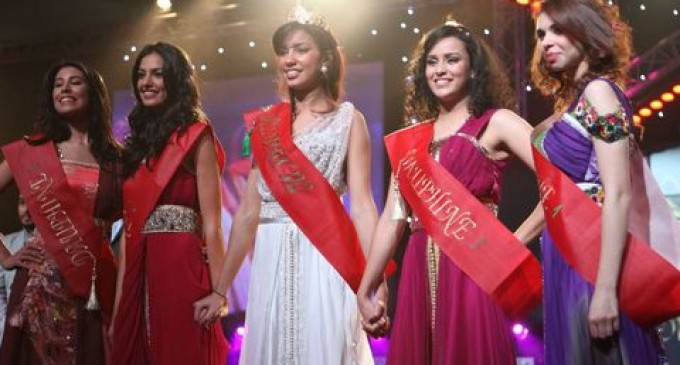 Rabat- The organizing committee of Miss Morocco 2015 has reportedly assigned bodyguards to protect this year’s 27 finalists from sexual harassment.

Amid fears they might be prone to harassment, the organizers of the second edition of Morocco’s beauty pageant have decided that contestants be assigned security.

According to daily newspaper Al Akhbar in its Tuesday, May 19th issue, contestants had experienced sexual harassment from some Gulf customers inside the hotel where they are currently staying ahead of the competition’s final scheduled for Saturday, May23rd, in Tangiers.

Being in the same place with 27 beauties, hotel customers, mainly from the Gulf States, are said to be seizing any opportunity to flirt with this year’s Miss Morocco contestants.

The same source said several bodyguards have been mobilized to escort the twenty-seven finalists in their preparations for the beauty pageant.

The organizers of the Miss Morocco pageant have also declared that there would be no bikinis this year “out of respect of the country’s ethics”.